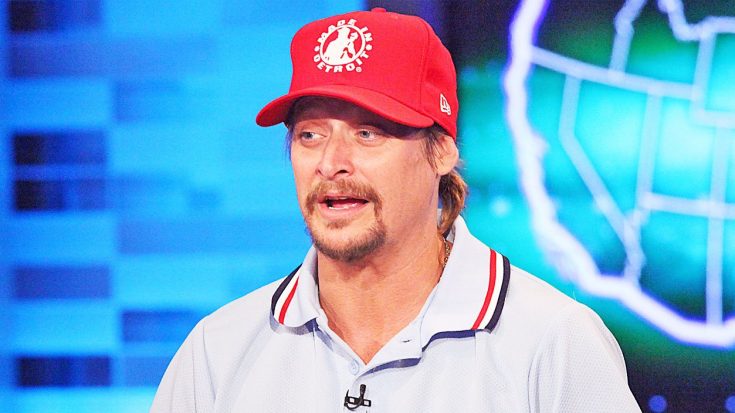 As an artist, Kid Rock is known for breaking the mold. His songs can be classified under varying genres, including rap, rock, and country.

Rock has become more well-known as a country artist within recent years, starting with the success of his 2002 single “Picture.” His place in the country community was further secured when his 2008 single “All Summer Long” reached the fourth spot on the Hot Country Songs chart.

News began circulating in July 2017 that Rock was considering a potential run for the U.S. Senate in 2018. This news started to spread after Rock launched a website called kidrockforsenate.com and began selling campaign-style merchandise.

Once Rock caught wind of the media buzz, he clarified through a statement on his website that he is “exploring” the possibility of running for the U.S. Senate. In the meantime, he is working to help promote voter registration at his various shows across the country.

After all of the political talk, we’re sure no one expected Rock’s next business venture to be in the restaurant industry. But that is exactly what Rock has planned, as a press release issued on Wednesday (August 30) revealed.

According to the press release, Rock is making a culinary contribution to the Little Caesars Arena in Detroit, which is currently under construction. His contribution comes in the form of a restaurant appropriately named Kid Rock’s Made in Detroit.

The press release states that Kid Rock’s Made in Detroit will serve “Detroit and Southern-influenced dishes, along with traditional comfort foods and bar fare.” As for the bar, there will be a variety of local beers and craft cocktails available to customers.

Rock worked with hospitality company Delaware North to create the restaurant, which will be able to accommodate 230 seats. It will also provide musical entertainment for its guests, and will place “a specific focus on local artists.”

We can’t help but wonder if Rock will stop by to perform at the place every now and then. Everyone in the restaurant will surely go wild as soon as he starts singing “All Summer Long!”

What do y’all think of Rock’s new business venture? Will you try out the restaurant if you’re in Detroit in the future?