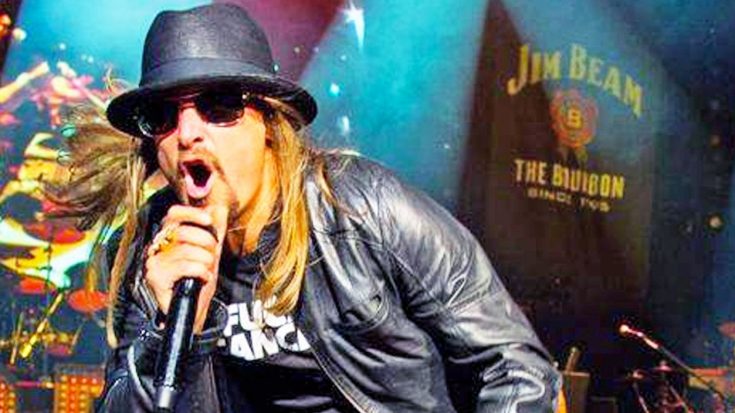 Just a few weeks before embarking on a 23-city arena tour, Kid Rock was hit with a lawsuit from the owners of the world’s oldest circus. According to Business Wire, Ringling Bros. and Barnum & Bailey Circus filed a lawsuit against the singer and Live Nation over using their trademarked term “The Greatest Show On Earth.”

Feld Entertainment, Inc., the owners of the circus, filed a lawsuit accusing Rock and his tour promoter of trademark dilution and infringement after the singer announced his upcoming “Greatest Show on Earth Tour” that is slated to kick off January 19 in Nashville, Tennessee.

Now, just eight days before his first show, Kid Rock has updated the name of his tour on his website. What once was The Greatest Show On Earth Tour is now the American Rock N Roll Tour, named after another one of his songs from his most recent record Sweet Southern Sugar.

Rock submitted a sworn declaration to the court, saying, “While I firmly believe that I am entitled under the First Amendment to name my Tour after my song. I have changed the Tour name because I do not want this lawsuit to distract me or my fans from focusing on what is important in my upcoming Tour—my music.“

According to Amplify, Kid Rock’s attorney, Kenneth G. Turkel, defended his wanting to use the title of his song “Greatest Show On Earth” as the name of his tour, saying it “boasts about Kid Rock’s ability to perform the greatest fu**cking show on Earth.“

Even though Rock changed the name of his tour, Feld Entertainment says they are still going through with the lawsuit. “The song and video may not violate the trademark because it falls into a different class of goods and services,” a Feld Entertainment representative said, but they will continue with the suit for damages and lawyer fees.