Kid Rock Interrupts His Show To Drop Explosive Political Rant – ‘What In The Hell?’

By Manly Bryant on March 16, 2018
Advertisement 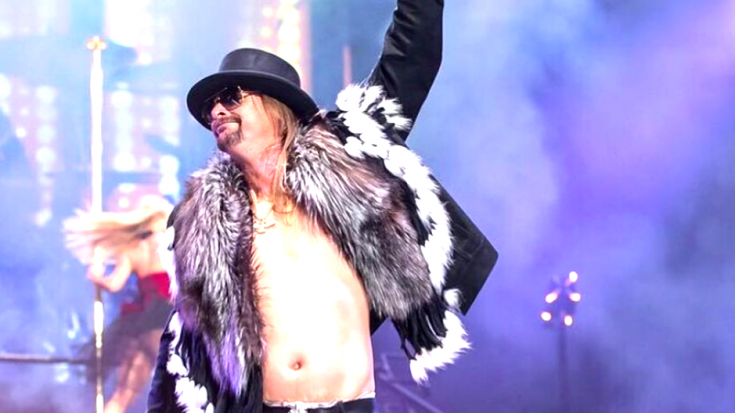 While most recording artists normally avoid bringing political discussions into the arena, Kid Rock has never been one to shy away from expressing his personal beliefs.

Taking a break from performances of some of his biggest hits, Rock took a moment to deliver an explosive political rant at his show last Friday (March 9) at Prudential Arena in Newark, New Jersey.

“What in the hell is going on in the world today? It seems like not too long ago the government wanted all of us to get health insurance but they wanted us working class folks to pay,” said Rock, before continuing, “A redistribution of wealth seemed more like their plan.”

Throughout his rant, footage of the audience was shown in flashes, the concert-goers appearing to be in enthusiastic agreement with the Detroit-native.

“Read my lips, we should not reward those who cannot even take care of themselves yet keep having kid after kid after f****ing kid,” Rock continued. “Let’s find them a place to work!”

Rock made headlines last year with rumours of an impending run for Senate, the singer later admitting was in preparation for his album’s release.

You can watch Rock’s political rant below.