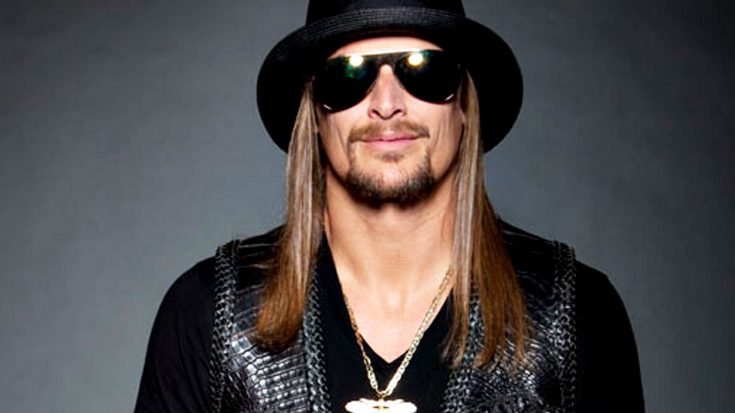 The hard-rocking singer has popped the big question to his beloved girlfriend, Audrey Berry, and she said yes – a recent report claims.

One publication states that fans recently caught a glimpse of Berry with “a big, can’t-miss diamond ring” during the singer’s Chillin’ The Most cruise (April 4th-9th). Kid Rock and Berry have been dating and become incredibly close over the last few years after first meeting in a Detroit suburb.

Kid Rock was previously married to actress and model, Pamela Anderson, after the two met during a VH1 performance in 2001. They wed in secret during a July 2006 ceremony, but divorced just five months later, citing irreconcilable differences. Rock has one child, Robert Jr., from a previous relationship and has raised him as a single father and continues to live with him.

In the years since his divorce from Anderson and subsequent relationship with Berry, she has become a well-known figure in his life and usually attends events such as his Chillin’ The Most cruise and Rock even has sang about her – specifically in his song “Johnny Cash”.

No official word has been given on the engagement which has been kept a tightly guarded secret due to the fact that Berry is not a public figure.

Watch the video below where Kid Rock reflects on his time being married to Anderson and expresses his commitment to his son.