By Manly Bryant on April 6, 2018
Advertisement 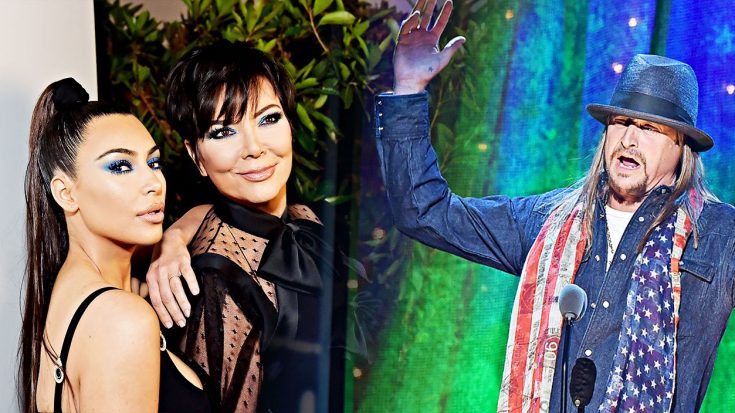 The famous redneck singer took to social media for an announcement that carried with it a warning label – and a dig at one of the most famous reality TV families.

Kid Rock, who just wrapped up his recent American Rock n Roll Tour, has been making headlines for all sorts of things – and this is no different.

Finishing up his spring tour, Kid Rock opened up the floodgates again with another tour announcement that will kick off this August and tickets will go on sale Friday, April 13th…but that wasn’t all he said in his announcement.

Calling out the Kardashian family in a very small, subtext warning of his announcement, Kid Rock took a jab at them for their massive business enterprise.

Having amassed billions in revenue from sponsorships, television deals, cosmetics and clothing lines, the Kardashian family truly has embraced capitalism and sought to make an even bigger name for themselves.

While their monetary success is based on fact, Kid Rock criticized their business dealings with a simple statement – one that clearly shows how he feels about them.

Below all of the pertinent information for his Red Blooded Rock N Roll Redneck Extravaganza Tour, Kid Rock included a small disclaimer that reads: “Not for politically correct pansies, dudes who wear french cowboy boots or anyone who thinks the Kardashians are smart business people.”

Do you agree with Kid Rock?

The new tour will feature fellow country acts Brantley Gilbert and Wheeler Walker Jr., the latter of which is known for his crude humor and risque lyrics.