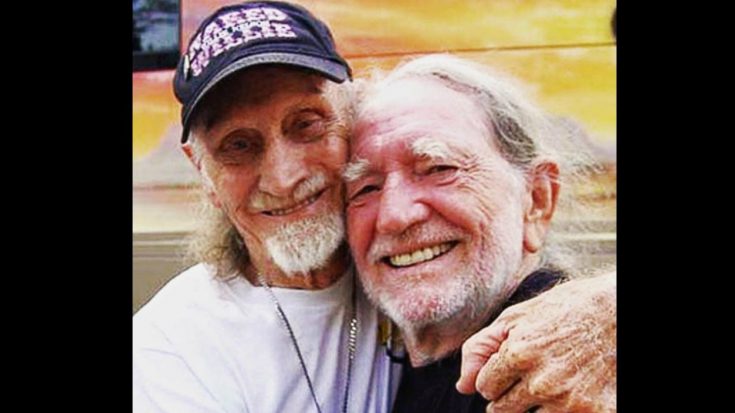 Ben Dorcy, the most beloved and longest living roadies in the music business, has passed away at the age of 92.

Known as “King of the Roadies” or “Lovey,” Dorcy served as gardener and chauffeur to John Wayne before becoming the World’s first roadie in the 1950’s. He toured with artists such as Johnny & June Carter Cash, Elvis Presley, Waylon Jennings, Patsy Cline, Kinky Friedman, Jack Ingram, Jamey Johnson and more. But, perhaps Dorcy is best known for his relationship with country star Willie Nelson.

“He has no living relatives, yet he is the patriarch of a family of artists, and fellow roadies who love him dearly,” Willie Nelson’s youngest daughter Amy Nelson says of Dorcy. “They call him ‘Lovey’ and he calls them ‘Lovey’. Despite all odds, he shows up to work on tour after tour after tour. Ben was a part of my family before I was. He met my dad in the Sixties when they were both working for Ray Price. Dad was the bass player; Ben was the roadie. And they became good friends. When Dad’s solo career took off, he took Ben with him.”

Willie wrote about Ben in his 2007 memoir The Tao of Willie.

“I’ve learned I have the perfect person to steer me. When I’m contemplating one of life’s difficult decisions, I generally consult with Ben Dorcy. Bless his barely thumping heart, Ben is my canary in the coalmine. When faced with a difficult decision, I observe Ben and do the opposite of what he does.”

With decades of adventures on the road, Dorcy became a confidant and one of the most trusted men in the industry. His loyalty was often talked about among the artists that he worked for.

Willie Nelson took to social media Saturday to share the news of his beloved friend’s passing.

Rest in peace, Ben Dorcy. You will be greatly missed.