By Manly Bryant on September 14, 2016
Advertisement 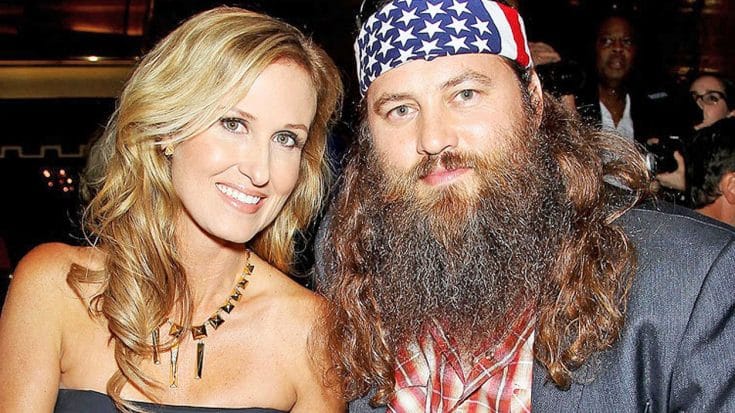 After over a year of waiting, Korie Robertson has some good news about her and her husband Willie’s adoption process with their son, Rowdy.

Because their family is so large and they have adopted in the past, Willie and Korie are often asked if they are open to adopting more children.

In January 2016, Korie and Willie announced they have been fostering a young boy named Rowdy since May 2015. He had been in all the family photos since his arrival and we didn’t even know! He was even part of John Luke’s wedding!

“We are excited to be in the process of adopting a new son! He’s been with us since May, but we wanted some privacy and time for him and our family to bond before telling the world,” Korie wrote on an Instagram post. “He’s amazing, and we are all so thrilled to have another kid around the house. Couldn’t keep the good news to ourselves any longer! We appreciate your prayers and support for our family!”

The adoption process usually takes some time, so the Robertsons have been patiently waiting for Rowdy’s official adoption day to come, and according to Korie’s Facebook, Tuesday (Sept. 13) was the day!

“It’s official!! Today Rowdy officially became a Robertson!” she wrote on her announcement.

Just landed back in Louisiana to take a good ole garage pic with the family to celebrate Rowdy's official adoption day!! Welcome to the family Rowdy Robertson ❤️

The youngest Robertson daughter, Bella, shared a sweet photo of the family walking into the courthouse.

rowdys officially a robertson…. and we couldnt be happier❤️ we love you a ton rowdy roo

Following the official adoption, they all went back to the house for a huge surprise party for the newest Robertson family member. It included exotic animals and huge, inflatable slides! Korie shared a sweet photo of her children walking towards the party. They were all holding hands and embracing.

“Rowdy declared it the ‘Best Day Of My Life’,” she wrote.

Congratulations to Rowdy and the rest of the Robertson family!