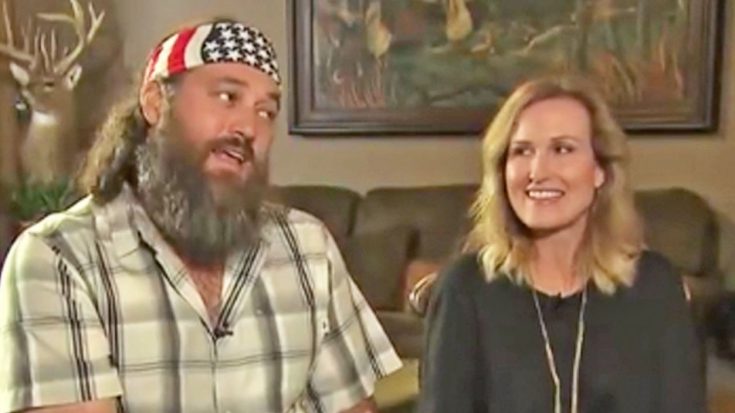 Duck Dynasty star Willie Robertson was one of President Donald Trump’s earliest supporters when he first began his campaign for the presidency back in January 2016.

His endorsement came just a few days after his father, Phil Robertson, backed candidate Ted Cruz. Although Phil hopped on “the Trump train”, as he likes to call it, after Trump was named the Republican party’s nominee.

Other Robertson family members revealed who they were voting for over time, but now, a few months after his inauguration, Willie and his wife, Korie, spill the beans about their family’s divide over the 45th president.

“We had lots of discussions behind the scenes,” Korie revealed about not being an outspoken Trump supporter like her husband, who spoke at the Republican National Convention.

Way before he was president, Donald Trump was quite the Twitter aficionado, and it seems his tweeting has not slowed down since he took office on January 20, 2017.

“I did know his family and I do love his family and everything but I would be reading Willie his tweets every night and be like, ‘OK, here’s what he said tonight,” Korie recalled to ABC News’ Jesse Palmer. “It was just killing me.”

Up until election day, Korie said casting her ballot for president took “a lot of prayer”. Now, a few months after President Trump took office, Willie admits that there have been some “bumps in the road”, but is optimistic about the future.

“He’s not a politician and so that’s what I loved about him is that he’s not a politician. He’s not polished and he says stuff,” Willie Robertson said. “And so, you know, I think he’ll find his groove in there and hopefully, I hope he can work with Democrats.”

Watch Willie and Korie talk about the family divide below.