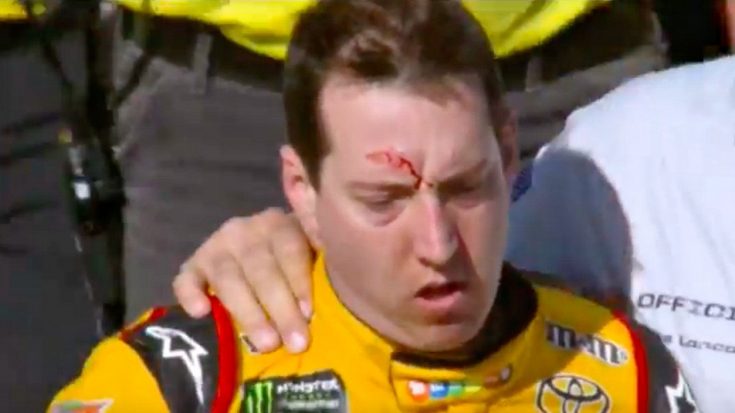 Just three weeks after he sought out another driver and ended up with blood running down his face following the altercation, NASCAR star Kyle Busch has brought in a hefty sum of money that’s directly tied to the fight.

Normally, you’ll hear about driver’s losing money for having altercations and other such scuffles at an event, but this was something very different.

Following his bout of fisticuffs with Joey Logano, Busch spoke to reporters at another event in which he responded to questions about the fight with a simple, one-sentence statement: “Everything is great.”

Because of his repeat use of the phrase to reporters, and varying degrees of saying the same thing, Busch was turned on to the idea that he should sell t-shirts adorned with a stylized image of the phrase – with a nod to his own racing number.

According to USA Today, to-date Busch has sold more than $30,000 worth of the t-shirts featuring his new tagline, but all that cash won’t be going to Busch himself. Nope, Busch is sending all proceeds of the shirt to the Kyle Busch Foundation which empowers children, families, and communities to overcome hardship.

Watch both Busch’s now-famous interview and the clip of his brawl with Logano below.