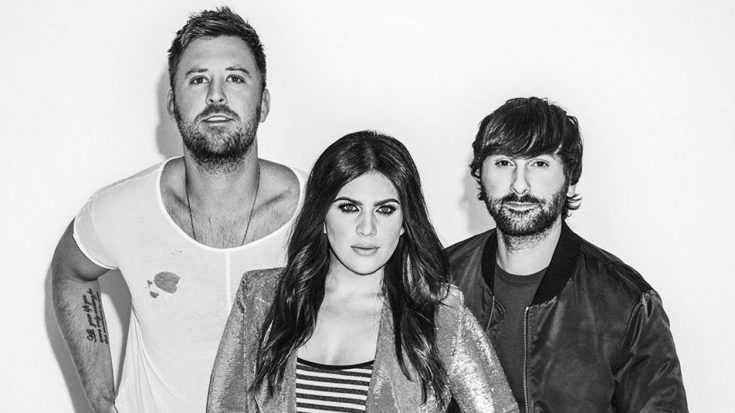 The Grammy-winning country group is handing out refunds for their upcoming Sunday night (August 27) concert, and for a good reason.

They were slated to perform a concert on their You Look Good World Tour in Houston, Texas this weekend, but because of the harrowing Hurricane Harvey, they have cancelled this tour stop.

“Due to the anticipated weather event in Houston this weekend, and in the interest of fan safety, Sunday’s Lady Antebellum You Look Good World Tour stop at the Cynthia Woods Mitchell Pavilion presented by Huntsman has been cancelled,” LiveNation said in a statement, according to Taste of Country. “Refunds will be made automatically at point of purchase.”

According to Houston ABC News affiliate KTRK, “Hurricane Harvey has strengthened to a Category 2 storm this morning as it closes in on the central coast of Texas.“

Winds are recorded at over 105 miles per hour and the hurricane is expected to make landfall Saturday morning (August 26). Following the landfall, KTRX reports that “the moisture from Harvey is expected to bring widespread heavy rain and flooding to southeast Texas starting Friday and continuing through the weekend. Over 25-35″ of rain is possible across parts of southeast Texas. Major flooding is likely.”

We are sending our prayers to everyone affected by Hurricane Harvey that they stay safe during this natural disaster.