By Manly Bryant on May 2, 2017
Advertisement 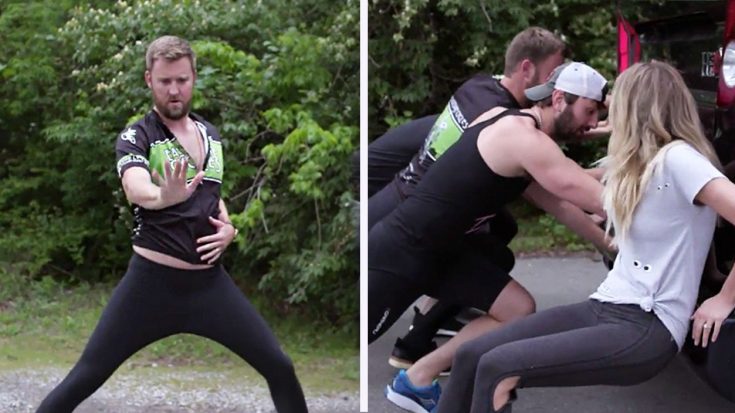 Lady Antebellum had fans roaring with laughter with their latest promo video that incorporated country co-stars, strange encounters, and a whole lot of laughs! The trio was joined by country singers Kelsea Ballerini and Brett Young, as the two will be opening for the group while on their highly anticipated 2017 tour.

Lady A kicked off their opening interview by revealing that post-show songwriting has become a huge staple in their careers, while leading lady Hillary Scott admitted that Charles Kelley is a lyrical genius after a relaxing cocktail. The scene quickly transitions to Ballerini and Young standing awkwardly in the band’s tour bus as they watch Kelley break it down to a fierce beat! “There’s my girl Kelsea Ballerina! Guess what, I make a mean martini. Your name is Brett Young? You wanna have a little fun?” Kelley rapped as his musical entourage cheered and howled!

As if fans weren’t already in stitches, the trio addressed their workout routines that keep them in shape and active throughout their hectic schedules. The subsequent scene featured all the stars hilariously partaking in outrageous workout routines, in addition to attempted to push their tour bus!

While the video continuous with endless laughs and hysterical scenes, we recommend experiencing this comedy routine for yourself! Lady Antebellum kicks of their riveting tour in May of this year.