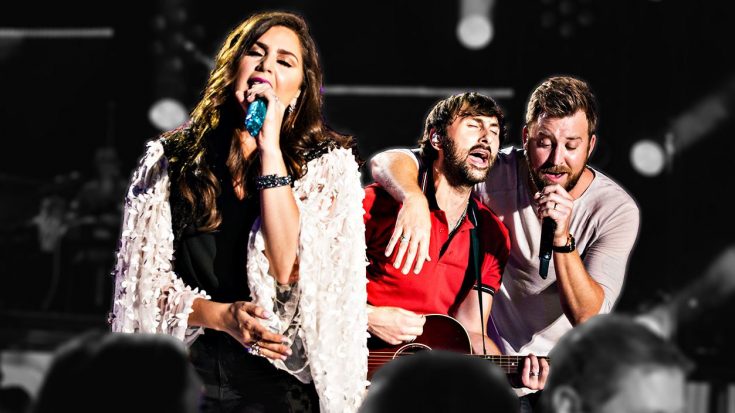 Country super group Lady Antebellum is the latest to step up and help those affected by Hurricane Harvey. The trio was forced to cancel their Houston, Texas, concert Saturday night (August 27) because of the storm.

A post made to Lady A’s social media accounts shared the group’s sadness over the cancelation, but let those affected by the hurricane know that they aren’t being forgotten.

“We are so sad to have had to cancel our show in Houston tonight,” the post reads. “Last night, we played a show up the street in Dallas and all of our merch proceeds will be going towards hurricane relief funds. Our thoughts and prayers are with everyone affected by #HurricaneHarvey.”

Country star Chris Young also made a generous contribution to hurricane relief by donating $100,000 and setting up a GoFundMe account in an effort to raise an additional $400,000 for the cause.

“I have friends and family there,” Young said in a video posted to Twitter. “And I’m fairly positive my house down there may have to be torn down as it was in one of the hardest hit areas by wind and flooding.

“But that’s the least of my concern. I’m worried about the people there. Like I said, my friends, family, neighbors…and I want to help.”

Texas has been hit hard by Hurricane Harvey. I’m donating $100,000 to relief efforts and hope you will join me. https://t.co/oZvwtkp1iU pic.twitter.com/kDLNdj3WVi

Here are some ways you can help those affected by Hurricane Harvey. Donations can be made to the Red Cross through the Chris Young Foundation by clicking here. You can also contribute to Samaritan’s Purse by clicking here.