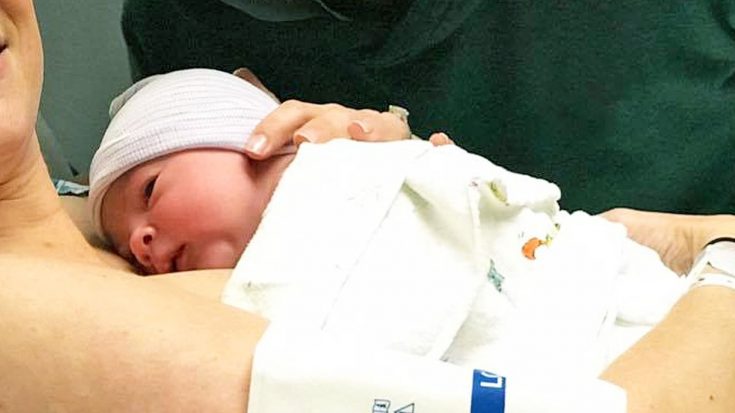 There’s a new addition to the Lady Antebellum family!

Back in August, the trio was happy to announce that not one, but two of its members were expecting babies. Through the post, it was revealed that Hillary Scott and her husband Chris Tyrell were expecting in February 2018. They later learned that they are expecting twin girls!

The post also revealed that Dave Haywood and his wife, Kelli, were expecting a girl in December. Along with the announcement was a photo of all of the band members’ children: Hillary’s daughter Eisele, Dave’s son Cash, and Charles Kelley‘s son Ward.

Well, #BabyBellum round 2 is on the way! We’re thrilled to announce the Haywoods are welcoming a girl this December, AND the Tyrrells are expecting in February 2018!! ??❤️??

Well December is here, and so is baby Haywood…and just in time for Christmas too!

In a post Lady Antebellum shared to their Facebook page on Friday (December 22), Dave happily announced the arrival of his daughter. “We’d like to welcome our beautiful Christmas gift,” he wrote. He and Kelli decided to name her Lillie Renee in honor of both of her grandmothers.

Lillie was born at 11:14 AM on December 22 and weighed seven pounds and six ounces. Dave wrote that mom and baby are both happy and healthy, and that Cash has already stepped up in his role as big brother.

She’s so precious! Congratulations to Dave, Kelli, and Cash!