By Miranda Raye on September 27, 2017
Advertisement 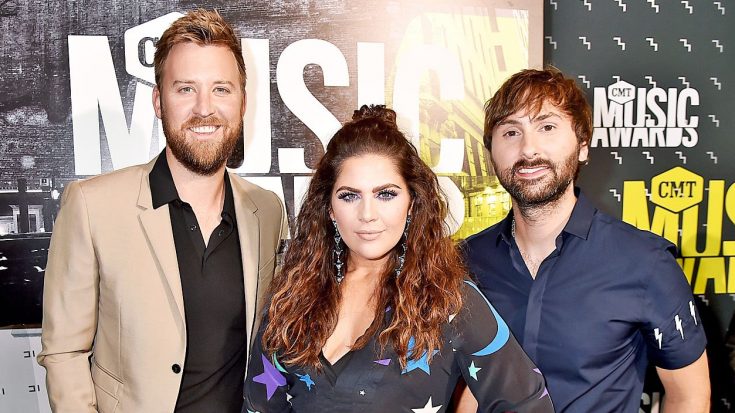 For some time now, Lady Antebellum has been traveling around the world on their You Look Good World Tour. The trio has upcoming tour dates scheduled in the Netherlands, the UK, and Ireland, as well as the U.S.

Previously, Lady Antebellum was also scheduled to perform in South Africa on October 13 and 15. However, it was announced on Wednesday (September 27) that those shows have now been canceled.

One of the concerts’ organizers, Big Concerts, released a statement explaining the reason for the cancelation. The organization stated that Hillary Scott was advised not to take part in the shows for the sake of “her health and that of her twins.”

Scott announced her pregnancy in August, and a day later revealed that she is expecting twins. After suffering a miscarriage in the past, Scott was thrilled when she learned that she would be having twins.

Later, Scott revealed that both of the twins are girls. Scott and her husband, Chris Tyrrell, are already parents to a daughter, Eisele.

As much as Lady Antebellum was looking forward to performing in South Africa, they understand that Scott’s health and her babies’ comes first. The trio also provided a statement about the cancelation, and apologized to those it affected:

“We are thrilled for Hillary and her precious twin girls, but want to share our deepest apologies to our fans. We have dreamed of performing in South Africa for years and can’t wait to make new plans to visit your beautiful country soon.”

Those who purchased tickets to the show should visit the Big Concerts website to learn how to obtain a refund. You have until 30 days after the printed event date on the ticket to request your refund.

We’re sorry that Lady Antebellum had to cancel their upcoming shows, but we certainly understand why!