By Manly Bryant on September 13, 2016
Advertisement 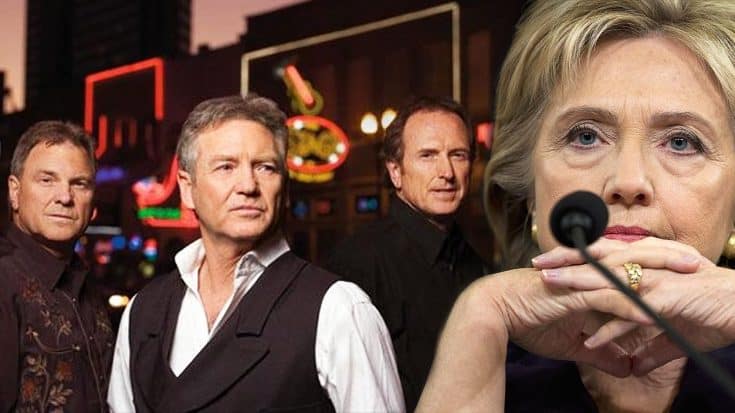 Brotherly country band Larry Gatlin and the Gatlin Brothers gave Fox viewers and reporters a show they are sure to never forget! Performing their new song “Stand Up And Say So”, the brothers openly state this thing little number was created in light of presidential candidate Hillary Clinton.

With lyrics such as “I know you’re lyin’ cause your lips are movin’”, it’s clear where these boys stand on their political views and opinions of Clinton.

The brothers don’t stop there, continuing on with “So I made my choice, gonna raise my voice and say it’s time for you to pack up and go! You know who you are, you lying so and so!”

The song it set to a surprisingly upbeat tune that deems this catchy number one to be stuck in your head all day, regardless of political preferences! The song was written for film the titled “Hillary’s America”, created by political enthusiast Dinesh D’Souza.

Larry Gatlin and the Gatlin Brothers have been giving country music fans a rhythm to tap their boots to since the late 70s and onwards! While they have continued to be remembered for hits such as “Broken Lady” and “All The Gold In California”, we feel strongly that this new song is sure to be a hit for the books!

Check out this brazen new song below!