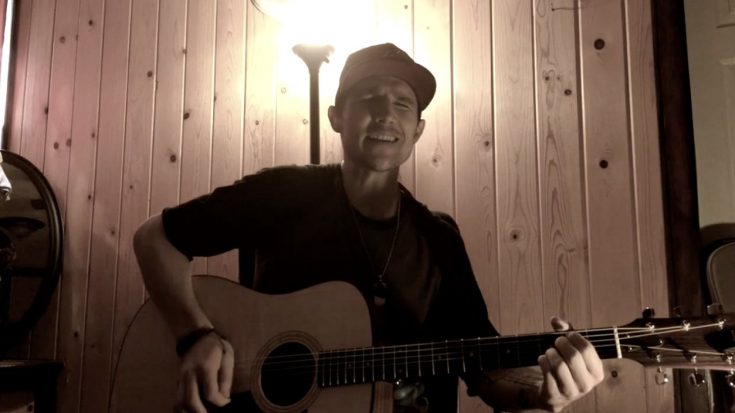 One year ago, Brennan Stewart posted a video of himself singing Cole Swindell‘s “You Should Be Here.” Now the video is bringing comfort to Stewart’s friends and family after he lost his life in the tragic shooting at the Route 91 Harvest Festival in Las Vegas.

30-year old Stewart attended the festival with his girlfriend, Gia Capri Iantuono. The two were listening to Jason Aldean’s set along with 22,000 other country music fans when gunfire erupted. Stewart is thought to have been protecting his girlfriend from gunfire when he was struck and killed.

The Las Vegas native’s family is honoring his memory by sharing videos of his country covers, but it’s his rendition of “You Should Be Here” that has everyone’s attention. The song was written by Cole Swindell and Ashley Gorley as a tribute to Swindell’s father who passed away in 2013, shortly after Cole signed a record deal with Warner Music Nashville.

“He supported me and was so proud. That’s what chokes me up today, hearing other people say, ‘God, you have no idea how much he talked about you.’ That chills me,” said Swindell of his dad.

News of Brennan Stewart’s cover of “You Should Be Here” reached Cole Swindell who shared a photo of Stewart and stated “I will be thinking of him and the others who lost their lives every time I sing that song.”

This is Brennan Stewart.. HUGE country music fan. He was 1 of the 58 that never made it home Sunday night. I’ve seen his cover of “You Should Be Here” and it’s absolutely heartbreaking. I will be thinking of him and the others who lost their lives every time I sing that song.. hope to connect with his family when I’m in Vegas in December. ??

Hear Brennan Stewart sing “You Should Be Here” in the video below.

A GoFundMe account has been set up by Brennan’s family. All proceeds will be donated in Brennan’s memory to a local youth organization centered around the art of music. You can contribute by clicking here.