By Miranda Raye on August 9, 2016
Advertisement 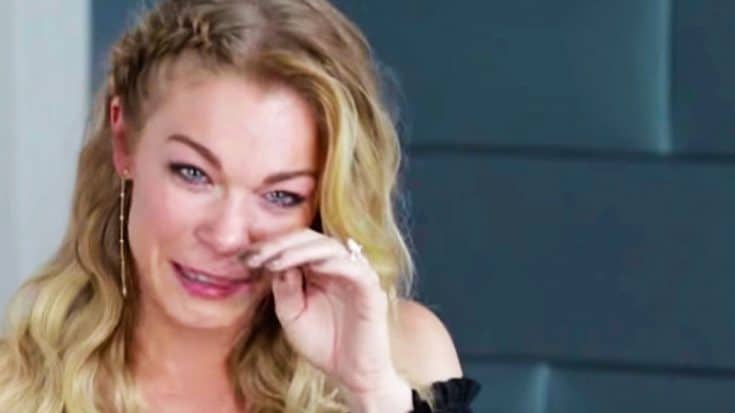 LeAnn Rimes may be celebrating her 34th birthday at the end of August, but she’s already been a celebrity for over half of her life. After being involved in the music business for so long, Rimes has established strong relationships with people she has collaborated with over the years.

But out of all of her collaborators, there is perhaps no one Rimes is closer to than songwriter and producer Darrell Brown.

Brown has served as a co-writer on many of Rimes’ albums over the years, penning songs such as her Top 20 country hit, “Nothin’ Better to Do.” Besides his work with Rimes, Brown has written smash hits for Keith Urban and Josh Turner, including “Raining on Sunday” and “Why Don’t We Just Dance.”

After working together for so many years, Rimes and Brown have developed a close friendship. It’s a friendship that Rimes is now reflecting on as she prepares to release her first new album since 2013. With the album’s first single, “The Story,”already out in the UK, Rimes spoke to the Associated Press about her life and career, and the role Brown has played in both:

“Darrell and I have created together for 13 years…15, almost half of my life, that’s crazy…and it’s so nice to have that relationship where you basically read each other’s minds. But he’s seen me through everything.”

Rimes couldn’t help but get a little emotional during the interview, since Brown was sitting right there in the room with her. She found it hard to look at him without choking up, and tried as hard as she could to fight back her tears.

But Rimes couldn’t help it, and she let a few tears fall as she continued to speak about how much Brown means to her. We’re sure that Rimes wasn’t the only one with tears in her eyes, since we had to fight back some of our own when we watched her interview. You can see the emotional moment below.

How great is is that Rimes has someone like Brown who has always been there for her? That’s the recipe for a lifelong friendship.