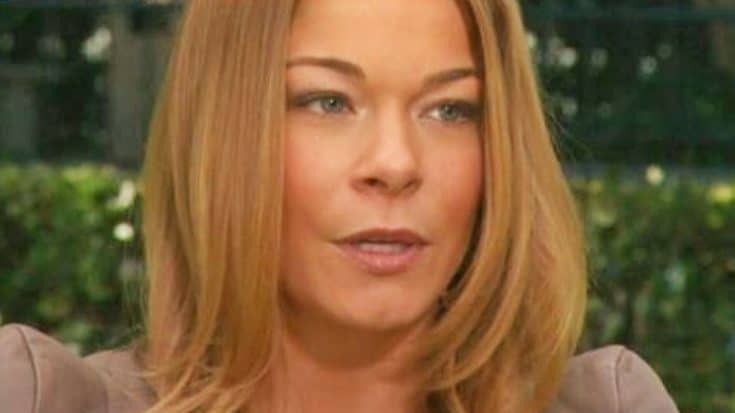 For years the acclaimed singer has been the focus of nasty headlines and rumors circulated by various sources, but in a recent interview she takes a stand against it all with some very strong words.

Speaking openly with the Chicago Tribune, LeAnn Rimes talked about various points in her musical career, her personal connection to her music and songwriting, and – of course – her name in the tabloids.

While her disagreements with her husband’s ex wife, Brandi Glanville, have been quite public through the use of social media, when it comes to the tabloid gossip – Rimes says she’s “gone through many different feelings about all of it”.

“We live in an epidemic of self-hatred. I see it daily with people coming at me, and they do it to everybody, it’s not just me,” She tells the paper. “The hatred is really stemming from them not liking themselves.”

The Grammy-winning songstress reveals that the people “coming at her” and attacking her still gets to her, just not as much as it used to. She’s become much more confident in her body and mind.

While her skin is thicker and she laughs off most of this tabloid gossip, she still has strong feelings against what has happened.

“I have a wicked sense of humor anyway, but when it comes to people lying about you and making money off it? It’s not human.“

Hot off the release of her latest single “The Story” her name has been coming up in various tabloids and rumor mills, but she says she doesn’t take it personally anymore.

Watch a 2013 interview in the video below where she talks about some of her struggles with the tabloids early in her marriage.