LeAnn Rimes Releases First Single In Three Years, And It Will Take Your Breath Away 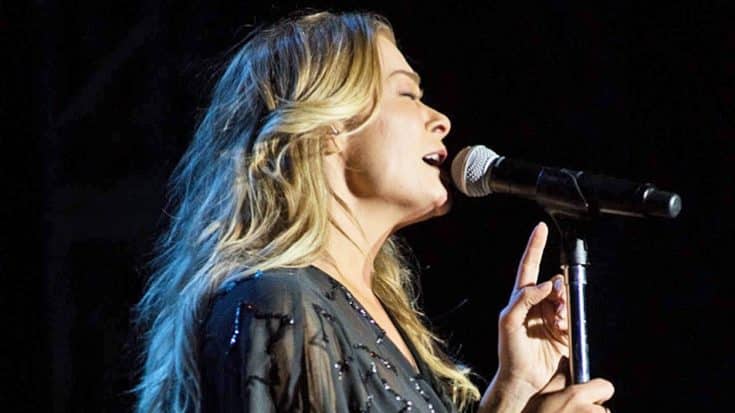 Country fans have noticed that one of its stars has been fairly quiet lately. After she burst onto the scene at the young age of 13 with her song “Blue,” LeAnn Rimes quickly became one of the biggest names in the industry. But for the past three years, she’s been basically silent.

LeAnn’s last studio album, Spitfire, was released in 2013, as was her last single. Since then, the only new music from her came in the form of two holiday albums, one in 2014 and the other in 2015. Finally, after years with nothing new from Rimes, she revealed to fans that she has signed a new deal with Sony Music’s RCA.

Now that Rimes has a new deal, she is planning to release her 16th studio album sometime soon. Ahead of its release, Rimes has debuted the album’s first single, called “The Story.”

The song is her new album’s first single in the UK and she plans to release a different single in the U.S. later this year. Even though “The Story” is a UK single, it is still available to fans around the world.

Originally recorded by folk rock singer Brandi Carlile, the song is one that Rimes is passionate about.”‘The Story’ is a song that resonates with me as WE are all a part of one collective, universal story,” Rimes said.

While “The Story” is a love song on the surface, to Rimes it means so much more than that. She feels that it is more about a person’s love for themselves than anything else.

“This song is not only a love song but a song of self-acceptance and appreciation for life,” she said.

Rimes’ voice takes on incredible heights in “The Story,” as it soars through high note after high note. In a dazzling vocal display, Rimes lays out the story within “The Story,” and it is nothing short of breathtaking.

This is the kind of music we’ve missed hearing from Rimes over the past three years. We’re glad to hear her beautiful voice once again, which is why we can’t stop listening to “The Story.” Tune in to it below and see for yourself.