LeAnn Rimes Suffers A Tragic Loss, Has A ‘Heavy Heart’ 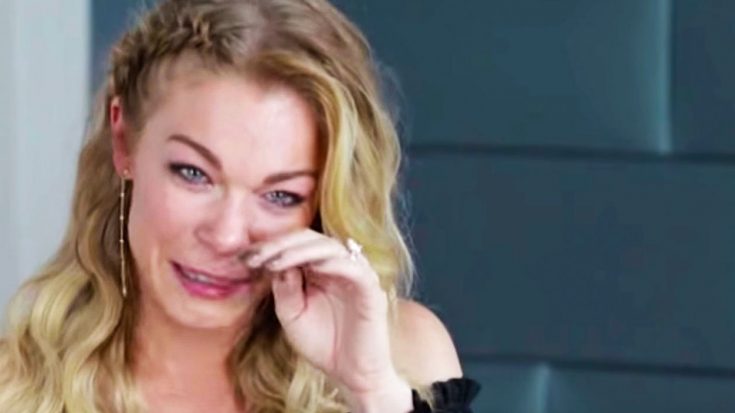 Earlier this afternoon, the famed country singer revealed on social media that she had suffered a truly tragic loss.

LeAnn Rimes has been out and about in Europe for the last few months promoting her newest album, Remnants, which released there first. Visiting different record shops, radio stations, and talk shows, Rimes has kept herself busy – and it doesn’t look like she’s going to stop anytime soon.

Part of her incredibly busy schedule is due to her end of the year Christmas Tour that she has done for the last several years. Currently, her ‘Today Is Christmas Tour 2016’ has been running since the 1st of the month and is scheduled to end on the 30th with a final stop in Colorado.

Tragically, she revealed that in the midst of the tour, a ‘family member’ from her touring family had lost someone near and dear to them.

We had a very tragic loss in one of our road family member’s family this morning. Heavy hearts.

While she hasn’t come out and expressed who it was that passed away, from the heartfelt nature of the tweet, it’s surely someone that she had known and is devastated to have lost.

There isn’t any further information on the cause of the death, but if Rimes reveals any more details, we will update this post.

Our hearts go out to Rimes and her traveling crew – especially the member that lost one of their family members.

We are keeping them in our thoughts and prayers.

Watch LeAnn Rimes video for her chart-topping single, “The Story” in the video below.