By Jennifer Pernicano on July 19, 2016
Advertisement 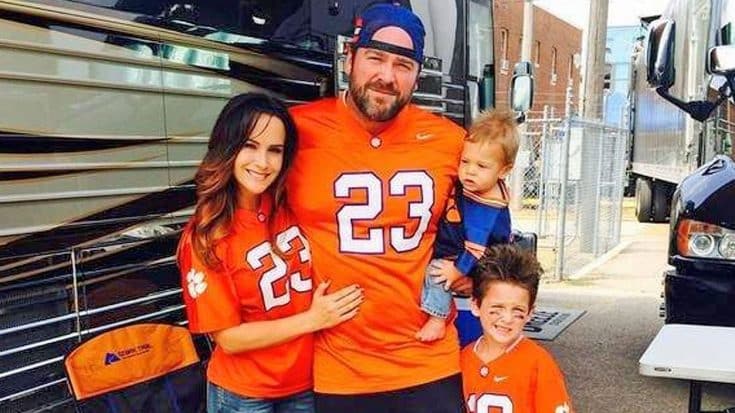 Country star Lee Brice married his longtime girlfriend Sara in 2013 and together, they have two children Takoda and Ryker.

Brice has been on the fast track to country stardom since his debut album Love Like Crazy was released in 2010. The title track broke a long-standing record for longest chart run in the history of the Billboard Hot Country Songs chart.

Brice took to Facebook on Tuesday (July 19) to announce that his family welcomed a new addition – a dog named Jax!

The dog’s full name is Jax Boomerang Brice, and we’re sure his kids love him to pieces already!

Although Brice is currently on tour, we’re sure his kids are gladly taking over doggy duty!

Listen to Brice’s record-breaking single below.