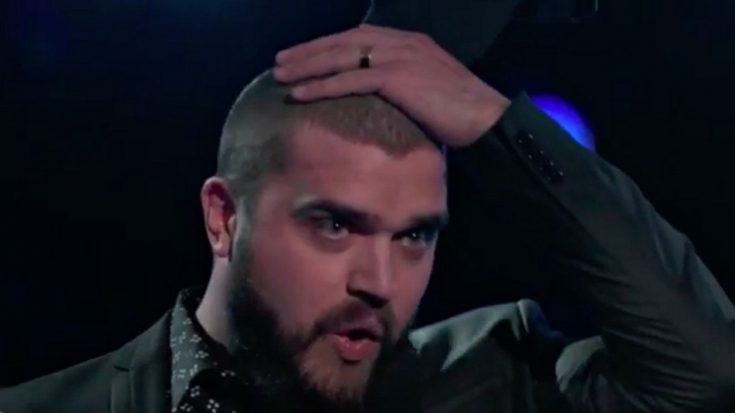 ‘Voice’ Coach Adam Levine is the only coach taking two hopefuls into next week’s finale. One of his team members is Josh Gallagher, the country singer Levine stole from Blake Shelton during the Knockout Rounds several weeks ago.

In Blake Shelton‘s defense, Gallagher went head-to-head with Sundance Head during the Knockout Round and Shelton could only choose one. Ironically, both men ended up getting through to the Season 11 finals. But, Gallagher didn’t get an easy pass. He had to earn his way to the Top 4 by proving to America that he belonged there.

Gallagher took to the stage for the performance of his life as he sought an Instant Save from America. The athlete-turned-musician sang Lee Brice‘s emotional hit “I Drive Your Truck.”

When it was over, Gallagher and fellow contenders Christian Cuevas and Ali Caldwell stood nervously on stage as they awaited their fate. After a lengthy pause by host Carson Daly, Gallagher’s name was read. The singer, obviously shocked to find himself in the finals, humbly removed his hat and hugged his fellow competitors.

Watch Josh Gallagher’s moving performance of Lee Brice’s “I Drive Your Truck” below.