Legendary Country Guitarist Passes Away At 75 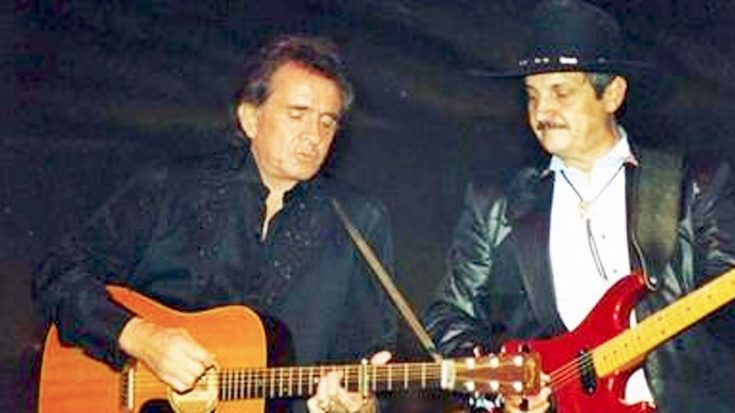 The Department of Arkansas Heritage

For 29 years, Robert “Bob” Wootton served as the lead guitarist in Johnny Cash‘s band the Tennessee Three. He first started playing with Cash in 1968 and remained with him until Cash retired in 1997.

Wootton’s guitar playing can be heard on some of Cash’s most memorable songs, including “Daddy Sang Bass,” “Man in Black,” and “(Ghost) Riders in the Sky.” His work can also be heard on Cash’s hit album At San Quentin, which was recorded live at San Quentin State Prison.

After years of providing us with incredible music, we’re sad to report that Wootton passed away on Sunday (April 9). According to his obituary, Wootton had been living in Gallatin, Tennessee at the time of his death. ﻿He was 75 years old.

Wootton first heard Cash’s music at a young age, and recalled buying a copy of “Walk the Line” in 1956 even though he didn’t have a record player. As a longtime fan of Cash’s, Wootton dedicated himself to learning all of his songs on guitar.

Fate finally brought Cash and Wootton together on September 17, 1968. Cash was set to perform in Fayetteville, Arkansas that day, and Wootton was in the audience. When a flight delay kept Cash’s band from arriving to the show, Wootton approached Cash and asked if he could fill in as his guitarist. He managed to leave a lasting impression on “The Man in Black,” and was asked to permanently join his band just a few days later.

After Cash retired, Wootton enjoyed the rest of his musical career by touring around the world with the Tennessee Three. When he wasn’t on tour, Wootton liked to spend time at home watching Western movies and Dallas Cowboys football games.

Wootton is survived by his wife of 33 years, Vicky, and their two daughters, Scarlett and Montana. A celebration of life ceremony is set to take place at Cornerstone Nashville on Thursday (April 13), and will be open to the public. Wootton’s final resting place will be at the Hendersonville Memorial Gardens.

We’re deeply saddened by the news of Wootton’s passing. Our prayers go out to his family and loved ones.