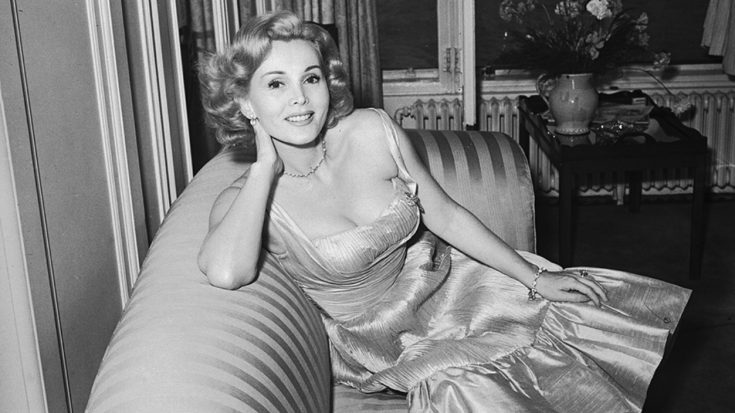 Beloved Hollywood actress Zsa Zsa Gabor died Sunday in her Bel Air mansion at the age of 99, her publicist has confirmed. Gabor, whose illustrious career spanned 60 years, had been on life support for the last five years. According to TMZ, Gabor died of a heart attack.

Gabor was born in Budapest in 1917 and was crowned Miss Hungary in 1936. She later followed her sister Eva to Hollywood where she would go on to star in numerous movies and Broadway shows including “Moulin Rouge,” “Touch of Evil,” and “Queen of Outer Space.” She in perhaps best known for her many appearances on television shows such as Bonanza, The Love Boat, Facts of Life, The Red Skelton Show and Mister Ed.

With multiple acting credits to her name, Zsa Zsa was also known for her nine marriages and her many health problems later in life.

A 2002 car accident left Gabor wheelchair-bound and she suffered a stroke in 2005. In 2010, the actress fell in her home and broke her hip. She later had a leg amputated above the knee.

Zsa Zsa Gabor was preceded in death by her sisters Eva and Magda, and her only child, a daughter Constance Francesca Hilton. Gabor is survived by her husband Frederic Prinz von Anhalt.