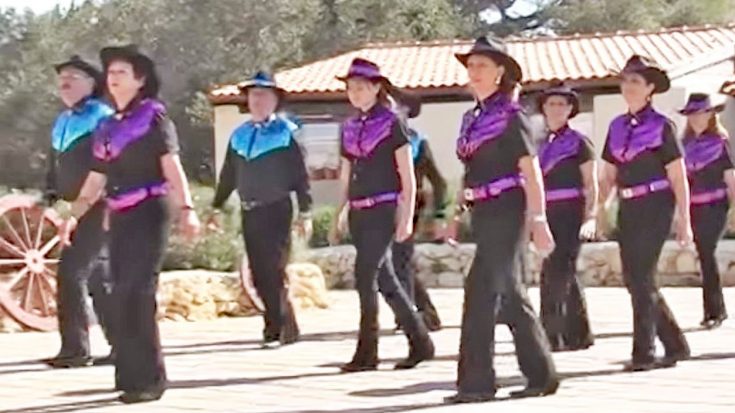 While Pride’s version of “Kiss An Angel Good Mornin'” is certainly the most recognizable, it isn’t the only one out there. Both Conway Twitty and George Jones included the song on their 1972 albums, I Can’t See Me Without You and George Jones (We Can Make It).

After that, 27 years passed before another artist offered his take on “Kiss an Angel Good Mornin’.” That artist was Alan Jackson, who included a recording of the song on his Top 10 country album, Under the Influence. The entire album was comprised of cover songs, including Don Williams‘ “It Must Be Love” and Jimmy Buffett‘s “Margaritaville.”

Jackson’s cover of “Kiss an Angel Good Mornin'” is one of the most well-known. It even made its way over to Denmark, where a line dancing group crafted a dance to accompany it.

This particular dance was choreographed by Britta Lyngsø Jensen and Dwight Birkjær, and is meant to be a beginner’s routine. A group of dancers donned their best sparkly Western wear to show off the steps, choosing the grounds of an old castle as a scenic backdrop.

The dance is slow and steady, with simple, sharp moves that you’ll be able to pick up on in an instant. You’ll still enjoy watching the routine even if you’re not a dancer, as the setting and the dancers’ costumes are too stunning to ignore.

Tune in below to check out this dazzling dance to Jackson’s version of “Kiss an Angel Good Mornin’.” Let us know how it goes if you decide to try the dance yourself!