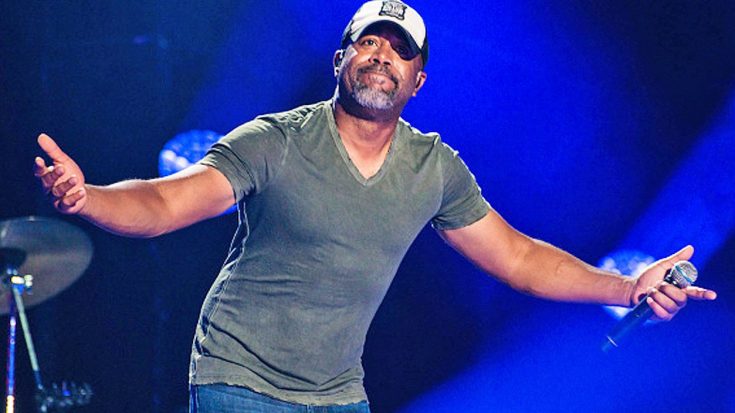 While Darius Rucker and his family may look picture perfect, they had no idea how much so!  An avid listener to syndicated radio station Big D & Bubba called into the show after coming across a poster featuring what appears to be Rucker and his adorable family.

The man explains that while he and his wife were on their way to drop his mother-in-law off at church, they came across a poster advertising apartment complexes for rent. His wife commented how much the man on the poster looked like the country singer, prompting her to Google search “Darius Rucker family,” the photo in question appearing in the search.

The radio hosts then asked the man if he could send over a photo of the poster, which he happily obliged. They then called up Rucker to alert him he and his family are being used as the poster children for The Views at Elm Grove Apartments.

“Oh my God…Where is this so I can go ahead and get a cease-and-desist on that?” said a shocked Rucker. “Wow…that’s unbelievably funny.”

The photo in question was lifted from a Christmas card he and his wife Beth sent out featuring the adorable couple and their three children, Jack, Caroline, and Daniella, and the family dog.

You can listen to the hilarious interview below.