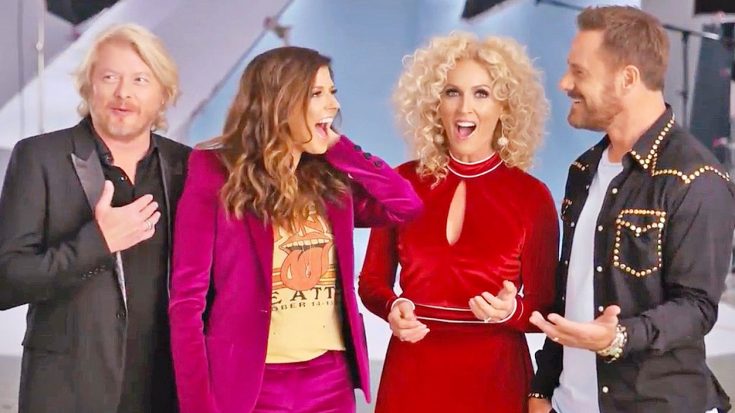 This year, Little Big Town made history as the first artists to ever be granted a residency at the famed Ryman Auditorium in Nashville. The group has performed ten shows at the venue so far this year, and the remainder of the dates are sold out.

Little Big Town’s Ryman residency falls during the same year as the venue’s 125th anniversary. With it being such a monumental year, the Music City Walk of Fame wanted to honor a few figures who played an instrumental role in Ryman history.

As announced in a press release on Wednesday (August 30), the Music City Walk of Fame plans to induct the late Tom Ryman and the late Lula C. Naff, two individuals who played “central roles in creating and developing the Ryman.” But they aren’t the only figures associated with the Ryman to soon earn a star on the coveted Walk of Fame.

Based on their immensely successful career and influential role at the Ryman, it only made sense for the Walk of Fame’s selection committee to name Little Big Town as one of the next inductees. The group learned the news while filming what they thought was an advertisement of some sort.

It was actually Philip Sweet who broke the news to his bandmates, as he read the news of their induction off of a teleprompter. He started off by introducing the group, then moved seamlessly into naming them as future inductees on the Music City Walk of Fame.

Sweet never changed his tone of voice as he announced Little Big Town’s induction, which is why it took a while for the news to register with his bandmates. But once it did, they couldn’t contain their excitement and laughter over how the announcement took them completely by surprise.

Little Big Town, Ryman, and Naff will all be inducted into the Music City Walk of Fame during a ceremony on September 14. Tune in below to watch Little Big Town react to the news of their induction.

Congratulations to Little Big Town on being inducted into the Music City Walk of Fame!