By Miranda Raye on September 7, 2016
Advertisement 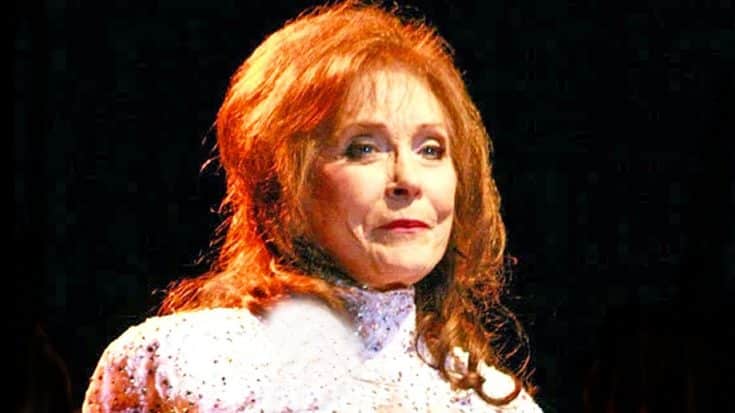 Country legend Loretta Lynn achieved one of the greatest accomplishments for a country artist when she was inducted into the Grand Ole Opry in 1962. Today, Lynn is one of the Opry’s oldest members, and still takes the time every now and then to grace the famous stage with her many popular songs.

Some time ago, the Opry released an announcement stating that Lynn would be returning there for a performance on Friday, September 16. The Opry seemed excited about Lynn’s upcoming performance, and on Sunday (September 4) it shared a side-by-side image of Lynn and her sister Crystal Gayle, who is also scheduled to perform at the Opry this month.

But on Wednesday (September 7), the Opry released a sad announcement to its followers. As the Opry revealed, Lynn was forced to cancel her upcoming appearance after she took a bad fall the week prior.

As fans gathered at Lynn’s ranch for a special celebration over Labor Day weekend, they received the heartbreaking news that Lynn would not be performing during the festivities. It was announced that Lynn had fallen and hurt “her head and chest area” and her hip as well.

Gayle performed in her sister’s place during the Labor Day festivities, and read a note Lynn wrote to her fans. In the note, Lynn apologized for being unable to perform, saying, “I injured my chest and can’t get a deep enough breath to sing.“

Lynn wrote in the note that she would update fans after she saw a doctor, and based on the fact that she canceled her Opry appearance it looks like her recovery may take a while.

We hope that Lynn gets to feeling better soon, and we’ll continue to pray for her complete and quick recovery.