Loretta Lynn Thanks Fans For Prayers After Injuring Hip

By Miranda Raye on January 8, 2018
Advertisement 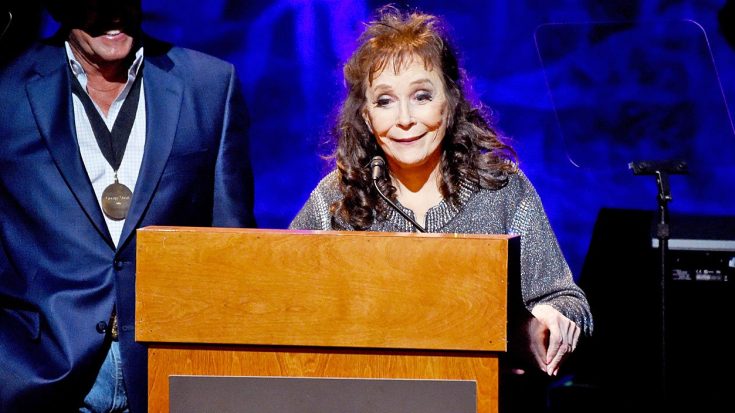 On Monday (January 8), country music fans sent an outpouring of love and prayers to Loretta Lynn after learning she injured her hip last week. Loretta’s sister, country singer Crystal Gayle, was the first to announce the news.

“She is in good spirits and is doing as well as can be expected with this type of injury,” she wrote.

Even though Lynn suffered her injury last week, Gayle’s post was the first known mention of her injury. This is in stark contrast to how Lynn’s team and family interacted with fans after she suffered a stroke in May 2017. At that time, Lynn’s team and various family members kept fans in the loop with regular updates on her recovery.

Finally, Lynn’s team released a statement a little later on Monday (January 8). The statement was short and sweet, and confirmed the news that Lynn injured her hip last week. According to the statement, Lynn fractured her hip after suffering a fall at her home.

The statement also contained a short message of thanks from Lynn herself, reading, “She is doing well and thanks all her fans for their thoughts and prayers.”

American music icon, Loretta Lynn is recovering from a fractured hip after a fall while at home. She is doing well and thanks all her fans for their thoughts and prayers.

We’re so glad to hear that Lynn is doing well following her injury. We’ll continue to pray for her quick and complete recovery.