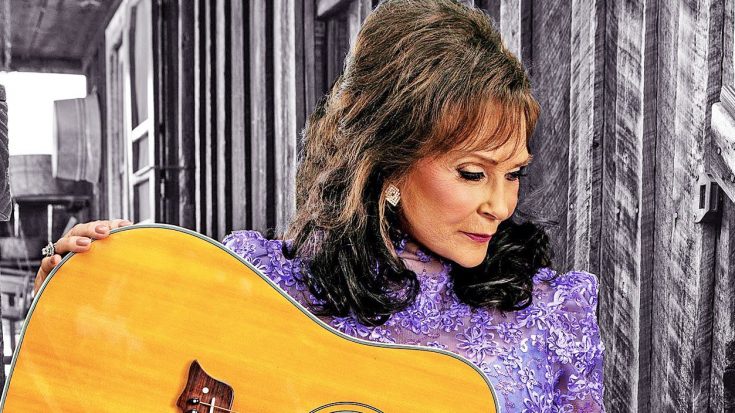 The country music community was rocked to its core when the news broke that Loretta Lynn had been hospitalized following a stroke. According to a statement released by Loretta’s team, the country legend suffered a stroke at her home in Hurricane Mills on Thursday (May 4).

After postponing a show scheduled for Friday night (May 5), Lynn’s team revealed that she was under medical care and said she was “expected to make a full recovery.“

While fans have been anxious to hear how Loretta is doing, no further updates were released for a while. Her rep told the Associated Press on Saturday (May 6) that she had nothing new to say about her condition at that time.

Now, some of Loretta’s family members have offered a small update on her health. As reported on Wednesday (May 10) by WSMV-TV out of Nashville, Loretta’s assistant, daughter, and granddaughter “say she is doing better each day and is sitting up in her recliner, laughing and talking.”

Loretta’s daughter, Peggy, also wrote an emotional Facebook post about a kind woman who visited her mother. This post was shared by Peggy’s niece and Loretta’s granddaughter, Tayla, and has touched the hearts of all who love Loretta.

As Peggy wrote, she and Tayla were with Loretta when a Kentucky woman stopped by to visit her. She described the woman’s kindness in beautiful words:

“She came into the room exchanged hello and hugs with us…then turned her full and sole attention to my mom..so tenderly..with such intimacy she laid her hands on mom..gently stroking my mom’s cheek..whispering to her..so softly..like a mother to a child would..with such focus and devotion that I almost felt as if I was intruding by watching them.”

Then, the woman started playing some bluegrass music for Loretta, and Peggy and Tayla’s eyes filled with tears as Loretta started singing along.

“The power of God had filled the room…so real and full…so present it was vizierial,” Peggy wrote. “Tayla and I both were so overcome with tears of joys and of spirit. because…Music heals..God heals.“

We have tears in our eyes just reading Peggy’s account of what she witnessed. So we can’t imagine how emotional the moment must have been for her and Tayla.

Although it seems Loretta is doing better, she’s still in need of prayers. We’ll certainly be keeping her in ours, and hope she continues to make a full recovery.