By Manly Bryant on December 18, 2017
Advertisement 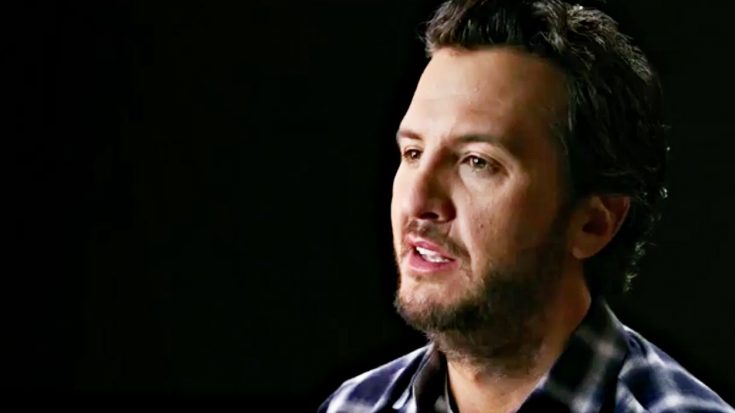 This unforgettable moment that saw him break down in tears was one of the kindest, most-thoughtful gestures his wife could ever do – and to this day, it remains something he holds so close to his heart.

Luke Bryan and his wife Caroline have been married since 2006, and throughout their nearly two decades of marriage, there is one particular Christmas gift that he will always cherish. As revealed in this new video posted to social media, it took him by complete surprise – and had the tears flowing from his eyes.

“The best Christmas present I have ever gotten, and will ever get, was when my wife Caroline went and found my brother’s old pick up truck from 1996,” Bryan explained.

As many fans may already know, when he was just 19, his family experienced immense tragedy after his older brother, Chris, was killed in a car accident at just 26 years old. It was his old truck that Caroline had successfully tracked down in Louisiana.

The truck had gone through multiple owners, and with legislature protecting the privacy of folks who owned it, Caroline definitely had a lot of hoops to jump through to track it down, but being the devoted and loving wife she is – she made this miracle happen for him.

“And [Caroline] and my dad went down, they picked it up, brought it to Nashville, and Christmas Eve night – pulled into the driveway with it,” he continued, adding “And let’s just say that, yes, the tears were flowing. What an amazing moment for me and my family.”

You can hear the emotion and immense meaning that this gift has in his voice as he speaks about it.

Watch Luke Bryan tell this amazing story of his most meaningful Christmas gift in the video below and let us know what your most meaningful gift has been in the comments!