By Jennifer Pernicano on January 30, 2018
Advertisement 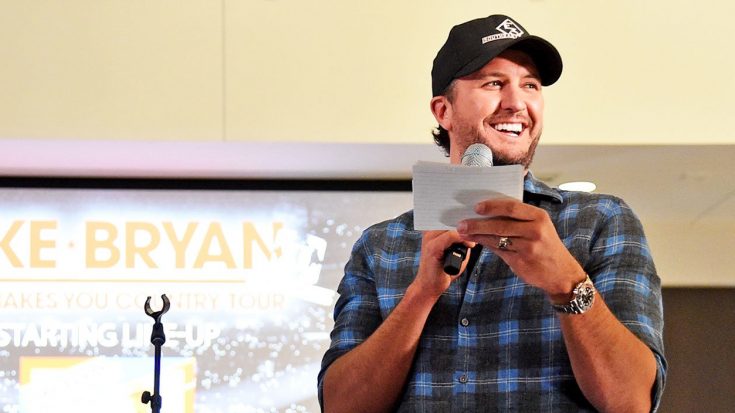 On Monday (Jan. 29), country star Luke Bryan teased fans that he would be making a pretty big announcement Tuesday (Jan. 30) on Facebook Live.

For almost an entire 24 hours, everyone was on the edges of their seats wondering what the superstar could possibly be up to! He already released his album, new singles, and just extended his What Makes You Country Tour, so his fans were completely stumped as to what the announcement could be.

What makes his announcement historic is that he will be the very first country act to perform a concert at Dodger Stadium in Los Angeles, California.

Along with the historic announcement, Bryan revealed who will be opening for him on the XL tour – Carly Pearce, Morgan Wallen, Jon Pardi, and Sam Hunt. After introducing each opening act, they joined him on the live stream.

While Wallen and Pearce both had to head out, Pardi stuck around to perform his hit song “Heartache On The Dance Floor.” When Bryan brought out Hunt, he performed “Take Your Time.”

Take a look at the dates for the What Makes You Country XL shows below.

Are you excited to see Luke play these huge stadium shows?! Let us know in the comments!

Live from the steps of WME