By Miranda Raye on April 5, 2017
Advertisement 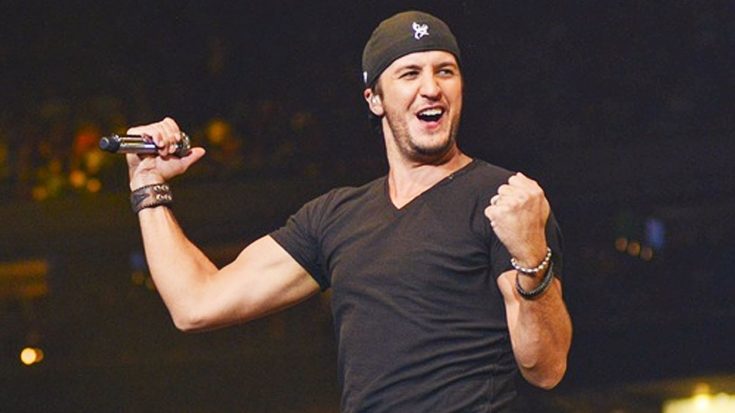 Luke Bryan may not have won any ACM Awards this year, but he won big the day after the ceremony.

On Monday (April 3), Bryan’s newest single “Fast” reached the top spot on the Billboard Country Airplay chart. That’s an accomplishment all on its own, but it also resulted in an even greater reason to celebrate.

“Fast” is now Bryan’s sixth single off of his album Kill the Lights that has reached the number one spot on the Country Airplay chart. The previous singles that climbed to the top spot were “Kick the Dust Up,” “Strip it Down,” “Home Alone Tonight,” “Huntin’, Fishin’ And Lovin’ Every Day,” and “Move.”

This is big news for Bryan, because it means that he just shattered a major record. In the 27-year existence of the Country Airplay chart, no artist has ever had six singles from the same album reach number one on the chart.

Bryan was one of three artists who had previously managed to claim five chart-topping Country Airplay singles off of one record, that time for his album Crash My Party. Brad Paisley and Blake Shelton were the other two artists to achieve this feat, with their albums 5th Gear and Based on a True Story…

You can tell that Bryan was thrilled by the news of his latest achievement. He took to social media with a simple message of thanks, writing, “Thank you so much for this honor. It means the world to me.“

We’re so happy for Bryan! He put a lot of hard work into each of his singles on Kill the Lights, and it shows.

Go ahead and tune in below to watch the music video for “Fast,” the song that helped Bryan make country music history!