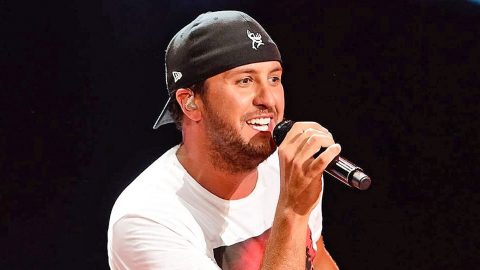 For the last two years, Luke Bryan has put on an epic country music estival in Riviera Maya, Mexico appropriately called Crash My Playa, a play on words to his hit song “Crash My Party”.

Each year brings out some of the year’s most fun performances and because it’s a four-day festival at the Barceló Maya Resort, it serves as a vacation for all involved!

Bryan ventured out of his comfort zone and went kite surfing for the first time near his resort. Known to be a little accident prone, on and off stage, Bryan injured his leg, just a couple months after breaking his clavicle in a biking accident.

“When you start learning how to kite surf, it’s like God reaches down and jerks you out of the water,” Bryan told CMT’s Cody Alan. “Out in front of my place, there’s some coral. So obviously, when I’m out there learning, we put some shoes on so we wouldn’t step on the coral. But I feel right on … and pretty much [reinjured myself]… That’s just how I roll. I’m just clumsy enough to stay injured without being hurt too bad.”

We’re sure this injury won’t stop him from performing the National Anthem at Super Bowl 51 on February 5. Sending prayers to Luke for a speedy recovery!

Watch part of his set over the weekend below.