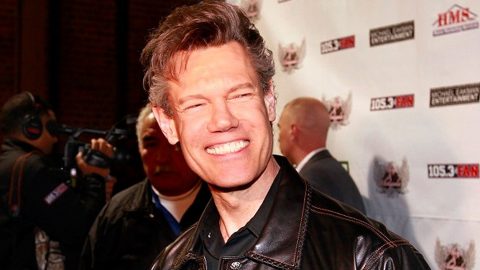 Country music legend Randy Travis has been an inspiration to all after suffering a devastating stroke in 2013 that impaired the singer’s vocal abilities and limited his mobility. However, Travis has relentlessly continued down the road to recovery and has since participated in various performances that gave fans a glimpse of hope despite his once bleak outlook.

In light of Travis’ inspiring battle and perseverance, some of country music’s finest are expected to team up for a tribute concert that is not only entirely dedicated to the “Deeper Than The Holler” singer, but the proceeds will be forwarded to the Randy Travis Foundation, a 501(c)3 non-profit that raises money for stroke research and rehabilitation.

While the man of the hour has been named, fans were eager to identify those that would be participating in this iconic event! Alas, our eager questions have been laid to rest! According to The Tennessean, 1 Night. 1 Place. 1 Time: A Heroes & Friends Tribute to Randy Travis ﻿was initially anticipating performances from Alabama, Kenny Rogers, Rodney Atkins, Jamey Johnson, Chris Janson, Michael Ray, Montgomery Gentry, Ricky Skaggs, Michael W. Smith, The Randy Travis Band, Tanya Tucker and Josh Turner.

The highly anticipated night will take place on February 8 at the Bridgestone Arena.