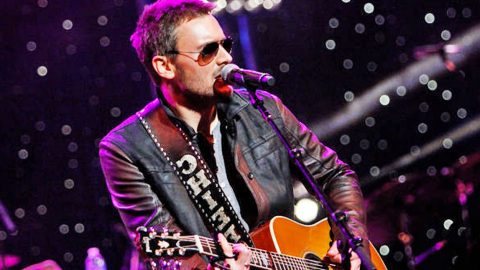 In a terrifying series of events, a Nebraskan man was arrested on the suspicion of assault, according to News Channel Nebraska. While in route to pick up Eric Church, a country music tour bus driver reported to Cass County, Nebraska police that he was being threatened by a truck driver yielding a weapon.

The truck followed the tour bus driver, Charles Hickox III of Alabama, off Interstate 80 near Greenwood when the truck driver took out a large knife, prompting him to immediately call 9-1-1 in fear of his life.

While he was taking down the truck driver’s information, the trucker then allegedly got out of his vehicle with a massive screw driver in hand. The Nebraska State Patrol arrested 50-year-old Richard Zuhlke of North Platte on “suspicion of assault.”

Church launches his 2017 Holdin’ My Own Tour tonight (Jan. 13) at Lincoln, Nebraska’s Pinnacle Bank Arena. The “Record Year” singer nor his team have yet to comment on the event.

So what do you think about all of this? Let us know in the comments!