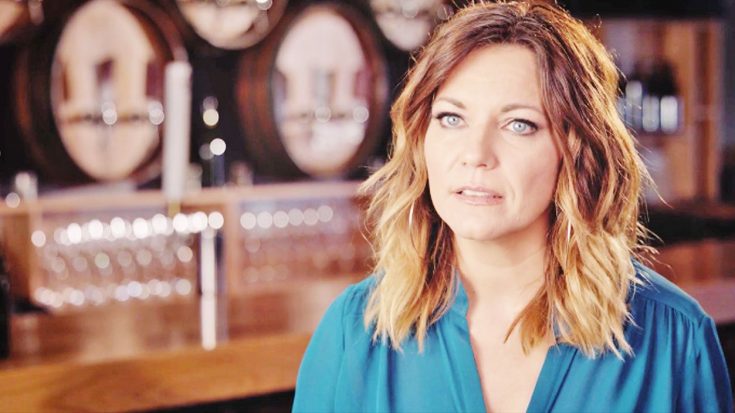 A string of No.1 hits and 14 million albums sold later, Martina McBride is widely considered one of the most influential women in country music. Fresh off her performance at Rolling Stone Country’s Live Nashville show, the country music artist sat down for an in-depth interview regarding her thoughts on the current state of the industry.

“Songwriting has changed because for the past few years there has been a formula at country radio,” said McBride. “‘Bro country,’ or whatever you want to call it, but there is a formula definitely.”

The four time CMA Female Vocalist of the Year went on to explain that the overwhelming popularity of country music of that nature is what has swayed many traditionalist artists to warp their music to fit the grain.

“Songwriters have to make a living and they write songs for the formula,” she explained. “But it’s taking a turn again back to – I don’t want to say real songs – because they are real songs, but toward songs that are more lyrics-based and touch on human emotions and human stories, and are not quite so one-dimensional.”

McBride recently announced the extension of her Love Unleashed Tour as well as embarking on CMT’s Next Women of Country initiative alongside Lauren Alaina. She goes on to convey the urgency for women to to support one another explaining it would be an overall “win for all of us.”

You can watch the full interview below and be sure to let us know what you think in the comments!