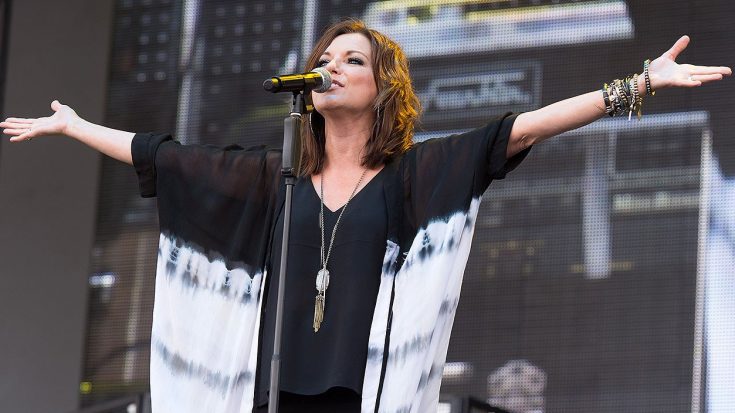 Fans were roaring with excitement when word of a possible surprise regarding country star Martina McBride surfaced in an innocent social media post. The singer’s daughter Delaney took to social media to share a heartwarming photo, although thrilling fans with a caption that had them jumping for joy at the sheer thought of its possible truth.

“When your dad gets to hang with the Stanley Cup? Oh and Tina is singing the anthem on Saturday. LOOK OUT,” she wrote according to The Tennessean, referencing the battle for the NHL‘s winning title. As expected, viewers jumped at the name “Tina”, convinced this was a reference to her country singing mother. Brimming with excitement, fans were eager and hopeful to see the star make her way to the microphone!

Country singers have continued to decorate the Nashville Predators’ games throughout the season, as recent performers of the national anthem have included Luke Bryan, Carrie Underwood, and Trisha Yearwood!

The Nashville Predators will compete against the Pittsburg Penguins in the third of nine perspective games on June 3rd. Be sure to tune in and keep an eye out for a possible McBride performance!