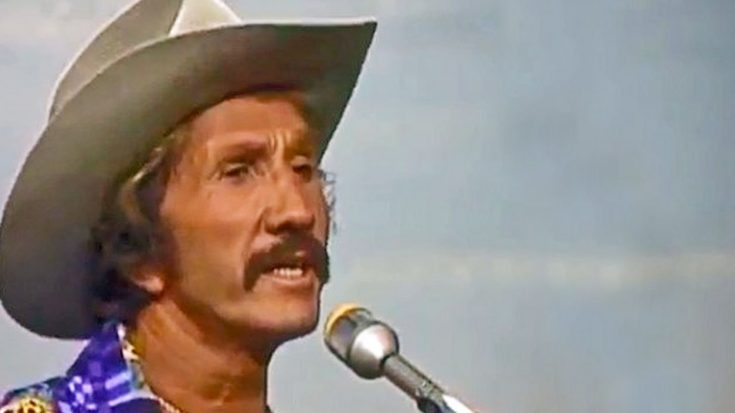 One of the greatest songs that Merle Haggard ever wrote was his 1973 single “If We Make It Through December.” Despite initially being released at Christmas time, it went on to become one of Haggard’s signature songs.

Due to its popularity, “If We Make It Through December” has been recorded by a number of other artists over the years.

Joey + Rory included their rendition of the song on their album A Farmhouse Christmas, which Haggard sang on as well.

One of the best covers of “If We Make It Through December” was recorded and released by iconic country singer Marty Robbins. Known for songs such as “El Paso” and “My Woman, My Woman, My Wife,” Robbins’ career was cut short when he passed away on December 2, 1982 when he was only 57 years old.

Robbins had released one Christmas album prior to his passing, called Christmas with Marty Robbins.

After he passed away, a few posthumous albums were released, including a new Christmas record titled A Christmas Remembered. That album contained Robbins’ cover of “If We Make It Through December.”

While a little more upbeat than Haggard’s original version, Robbins’ rendition stayed true to the way “The Hag” intended for it to be.

Robbins’ performance will grip at your heart strings. As he sings about making it through tough times, you won’t be able to stop thinking about how he died before this recording was ever released. In a sense, that makes his rendition of the song the most heartbreaking one out there.

This recording will make you have a whole new appreciation for Robbins. He was beyond talented, and it shows in the way that he treated Haggard’s signature song.

Tune in below to hear Robbins sing “If We Make It Through December.” We miss him and Haggard so much…