By Jennifer Pernicano on January 4, 2017
Advertisement 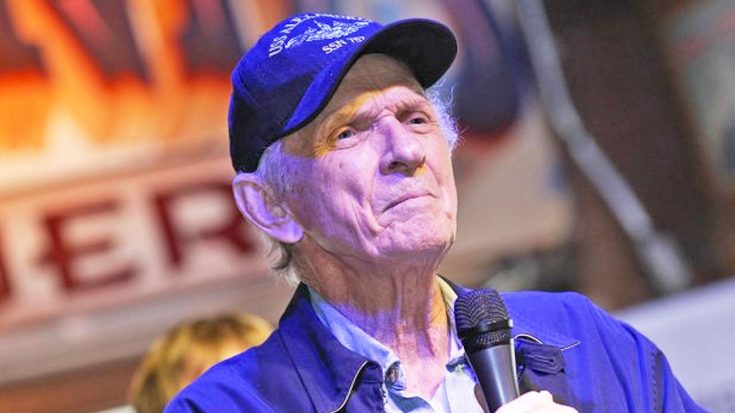 About a year ago, 84-year-old country legend Mel Tillis was in critical condition following complications from colon surgery. The entire 2016 year was rocky for his health, but his daughter, Pam, kept country fans at ease with updates about her legendary father.

Some parts of the year were scary when she begged fans for prayers, but later posts reassured us Mel was feeling much better. She even went on to say that he was sitting up, watching TV!

“It bears repeating how much your prayers mean to our family…We’ll keep you posted if there is any change, but right now we’re just trying to fatten him up and get him strong!!! Thank you all so much for your thoughts and prayers,” she wrote on Facebook in April 2016.

She gave an update in December 2016 saying, “Dad had a serious diverticulitis attack last January after a busy fall 2015 performance schedule. On the way to the hospital, he became septic and was in the I.C.U. for the better part of a month. Everything he is dealing with now, almost a year later, is a direct result of that crisis. Due to the nature of his illness, his care was best served in several facilities in Nashville up until November.”

Mel’s publicist Don Murray Grubbs issued a statement about his health since he left the care facilities.

“In November, Mel made the trip from Nashville back to his home state of Florida. He is currently at home in Ocala where he is being cared for by nurses as needed and continued physical therapy. His vitals are good and his sense of humor is very much intact. He is trying to get stronger and we are hopeful that will be the case now that he’s back at home. He misses all of his loyal fans and is beyond thankful for all the well wishes,” the statement reads.

We’re so happy to hear that he is feeling better. We will continue to pray for Mel’s recovery!