By Jennifer Pernicano on November 7, 2016
Advertisement 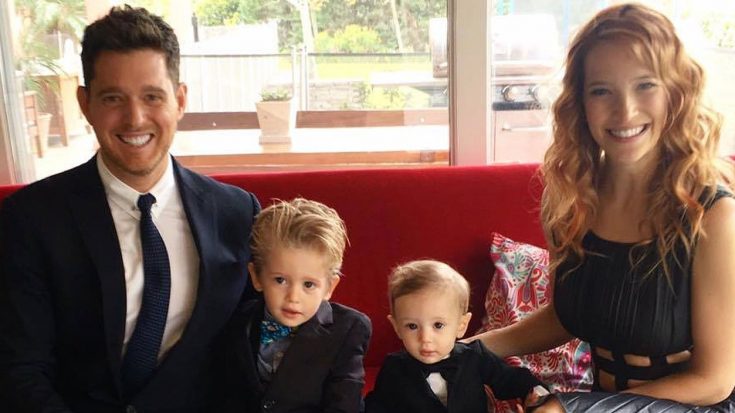 In a heartbreaking Facebook post, Michael Bublé revealed that his 3-year-old son, Noah, was recently diagnosed with cancer.

“We are devastated about the recent cancer diagnosis of our oldest son Noah who is currently undergoing treatment in the US,” it reads. “We have always been very vocal about the importance of family and the love we have for our children. Luisana and I have put our careers on hold in order to devote all our time and attention to helping Noah get well. At this difficult time, we ask only for your prayers and respect for our privacy.”

Other than Bublé and his wife Luisana’s joint statement via Facebook, the couple has stayed quiet since the diagnosis. Luisana’s sister recently spoke with the UK Express and gave an update on little Noah.

“To tell you the truth, I’m devastated. This is very recent,” Daniela Lopilato, Luisana’s sister, texted to journalist Tomas Dente, according to the UK Express. “The only thing I ask is that you don’t speculate because not everyone has children and can understand what this means.”

Since the Bublés did not reveal what kind of cancer Noah has,, rumors have been circulating through different media outlets and Lopilato wanted to set the record straight.

“Michael and my sister will publish more statements and I can’t say any more but it’s not leukemia or the central nervous system as people are saying,” she said. “That’s all I can say.”

Our hearts go out to Michael, Luisana, Noah and the rest of their family.