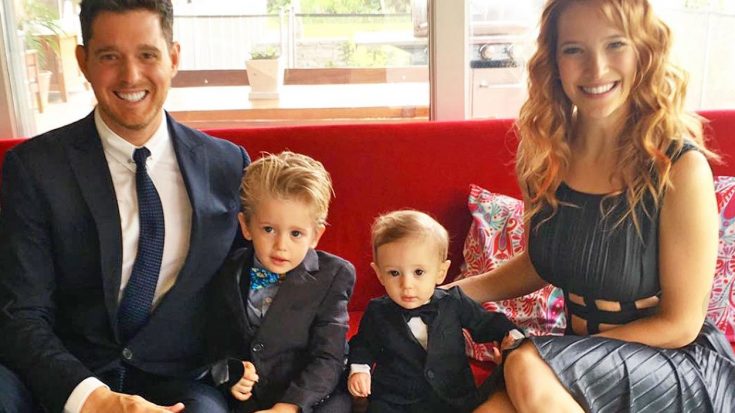 The world was devastated when singer Michael Bublé announced that his eldest son, 3-year-old Noah, was diagnosed with cancer. The family remained close and optimistic, thanking fans for their prayers and support. He spoke through his facebook saying, “We are devastated about the recent cancer diagnosis of our oldest son Noah who is currently undergoing treatment in the US. We have always been very vocal about the importance of family and the love we have for our children.”

Bublé’s sister-in-law also spoke out, begging for no speculation on Noah’s diagnosis, explaining to UK Express, “…not everyone has children and can understand what this means.”

According to The Daily Mail, little Noah is now undergoing treatment for what is said to be liver cancer. Hoping to shrink the size of the tumor, the treatment is expressed to be lasting until the end of the year. Doctors conveyed their hope for the tumor to reduce in order for surgery scheduled for the end of December to proceed.

The singer and his wife announced the heartbreaking news back in November. Bublé has since taken time off from performing in order to spend time with his family and focus on his diagnosed son.

We continue to hold the family and Noah in our prayers during this difficult time.