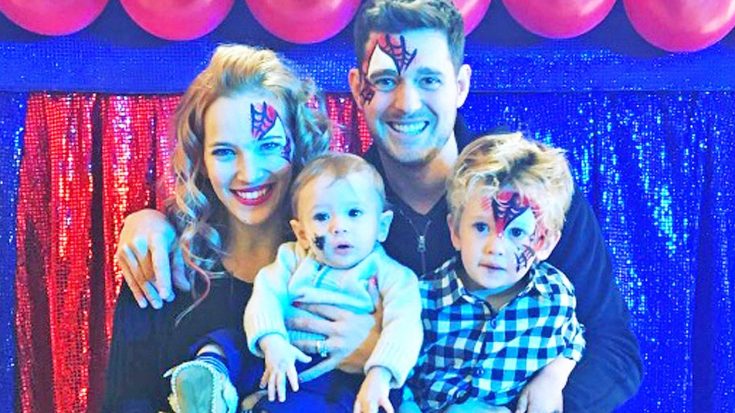 Back in November, Canadian singer Michael Bublé revealed some heartbreaking news. Through a Facebook post, Michael shared that his three-year-old son Noah had been diagnosed with cancer.

Michael said that both he and his wife, Luisana, would be putting their careers on hold to devote themselves to Noah’s care. He shared that Noah had already started treatments in the U.S. at that time.

The Daily Mail reported in December that Noah had been diagnosed with liver cancer. According to The Daily Mail, Noah was scheduled to undergo surgery at the end of 2016.

After a few months with no update on Noah, Luisana opened up for the first time about his cancer battle during a press conference in Argentina on Tuesday (April 11). Luisana revealed that Noah had successfully completed four months of chemotherapy in Los Angeles. He is now back home with his family in Argentina, and Luisana couldn’t be more grateful.

“Thank God, my son is well,” she said. “When things like those that happened to us occur, your take on life changes. It happened to us. Now I value life much more, the now and the today.”

Lusiana shared that Noah will eventually have to return to the U.S. to make sure that he is continuing to recover.

“My son’s recovery is a long process as you all know and he has to continue with check-ups,” she said. “But we are very happy. We are looking forward to thinking about the future, to seeing our children grow.“

Lusiana expressed how appreciative she is of the support and prayers that people have sent to her family during this time.

“I want them to know that they reached us and that it helped us a lot to come through this,” she said.

We’re happy to hear that Noah is doing well and seems to be on the road to recovery. We’ll continue to keep him and the entire Bublé family in our prayers.