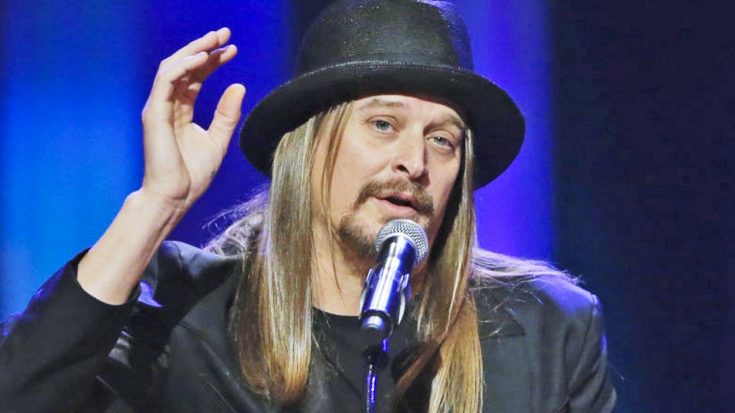 In response to his avid support for President-elect Donald Trump, a group of Michigan citizens have created a petition to ban Kid Rock from touring in their region.

The petition came about after a local radio station in the city of Marquette created a petition late November in hopes of bringing the rockstar to their city. The radio station spokesperson, The Fat Man, spoke of his frustration with the singer that he has been up to their region to film for videos like “Born Free,” one his biggest hits to date, he has never stayed to perform a concert.

“He comes up here. You know, he shot the video out at Pictured Rocks, and he comes up to Granot Loma. He’s been up here,” said The Fat Man according to Upper Michigan Source. “He goes over to Mackinaw Island, but he’s never played a concert here. And this is like his signature song. I mean this is a huge record, biggest selling record of 2008, but yet he never plays up here.”

The radio station was hoping that if they accumulated enough signatures the star would consider making his way out to Northern Michigan. However, a group of locals caught wind of the petition and decided to make one of their own.

In a Change.org petition titled, “Keep Kid Rock Out of The U.P.,”  a group fired back against the station’s petition, writing:

“The fact that Mr. Rock has so far declined to tour in this region…clearly demonstrates his contempt for the residents of the U.P and his deeply cynical use of regional nostalgia to sell records of questionable musical merit.”

The creator of the petition, Scott Ham, goes on to critique Rock for his avid support of the President-elect. Should the petition reach their desired number of pledges, it will be sent to the musician himself.