Mickey Gilley Gives Fans An Update On His Health

By Jennifer Pernicano on August 22, 2017
Advertisement 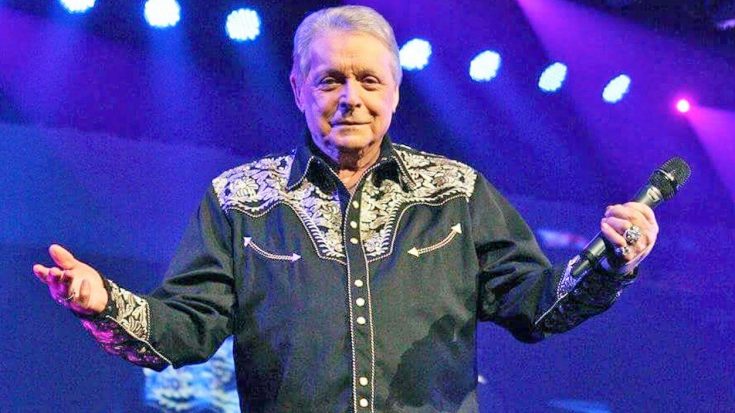 He was once the hottest thing in country music, sweeping the Academy of Country Music Awards almost in its entirety in 1976. Taking home awards for Top Male Vocalist, Song of the Year, Single of the Year, Album of the Year, and Entertainer of the Year, Mickey Gilley was riding high on that success all the way to his Urban Cowboy days.

As well as appearing as himself in the film, Gilley recorded several songs for the soundtrack, which hit No. 1 on the Billboard country charts. Following the movie’s success, Gilley released a string of six No. 1 songs and other hits including “Fool For Your Love” and “Paradise Tonight”.

Along with a wildly successful career in country music, Gilley has gone through Hell and back in regards to his health. In 2009, he was helping a friend move when a love seat fell on him and crushed four vertebrae, leaving him temporarily paralyzed from the neck down. With very intense physical therapy, he relearned how to walk and perform on stage again, but he still can’t play the piano.

Prior to that, he was in two plane crashes and has had several very serious surgeries. In a short tweet, Gilley revealed to fans that he underwent a stem cell procedure on Monday (August 21).

“Had stem cell procedure yesterday, feeling great today, if this works I’ll be playing golf in six weeks. Luv to all,” he wrote on Tuesday (August 22).

Had stem cell procedure yesterday, feeling great today, if this works I’ll be playing golf in six weeks. Luv to all. MG

In an interview published on August 1 with Branson Tri-Lakes News, Gilley spoke about his current health condition.

“I’ve been going to the gym and working out, trying to get my health back up,” he said. “I can’t wipe myself off the face of the earth, but I sure keep trying. Heart surgery, brain surgery, back surgery, appendix exploded, two airplane crashes, and I’m still here.“

Just a few minutes after his tweet announcing his stem cell procedure, he confirmed that he will be performing at the Little River Casino in Manistee, Michigan on Friday, August 25.

While it’s unclear what he needed that stem cell procedure for, we will be keeping Mr. Gilley in our prayers for a speedy recovery.