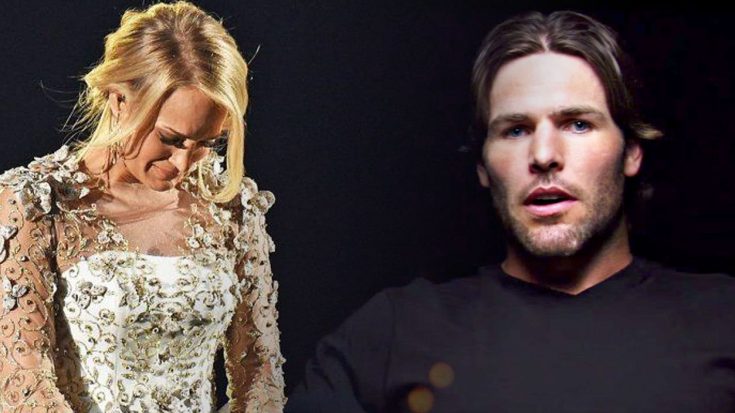 Breaking down in tears mid-song in this emotional tribute to the victims of the Route 91 Harvest Festival shooting, Carrie Underwood struggled to regain composure as her beloved husband, Mike Fisher, looked on from the audience.

Singing an ages-old hymn, “Softly and Tenderly,” Underwood appeared on stage in a gorgeous, flowing white dress under a single spotlight. Photos of the many lives taken in this horrifying act of violence appeared on the massive screen behind her. Just moments later, and she could barely maintain her voice as she was overwhelmed with emotion.

“Softly and tenderly Jesus is calling,” Thank you, @CarrieUnderwood, for this moving tribute to the beautiful souls we’ve lost this year, including the 58 victims of the #LasVegas shooting. pic.twitter.com/AsE1DxHJCI

Sitting out in the audience and watching as his wife broke down in tears, Fisher also was swept with a powerful wave of emotion, later describing the intense feeling and meaning the experience brought to him.

“Hard to put words to this moment last night,” He wrote on Instagram. “I’ve seen her perform countless times but this one may be my favorite all time.”

The entire performance had such an impact on him, he says that he “could feel the Lord’s presence” in the room and explained that it held “so much meaning.”

Hard to put words to this moment last night. I’ve seen her perform countless times but this one may be my favorite all time. So much meaning behind it and You could feel the Lords presence! #softlyandtenderly #cmaawards #neverforget

Surely, Fisher wasn’t alone in his feeling as people across social media agreed with him, adding that her moving and heartfelt tribute brought the Lord to Bridgestone Arena.

Watch Carrie Underwood’s in memoriam performance and tribute to the victims of the Route 91 Harvest Festival shooting in the video below.

An emotional & haunting performance by Carrie Underwood of the hymn “Softly and Tenderly Jesus Is Calling” @carrieunderwood #InMemoriamTribute#CMAawards pic.twitter.com/UdaFco3nEd