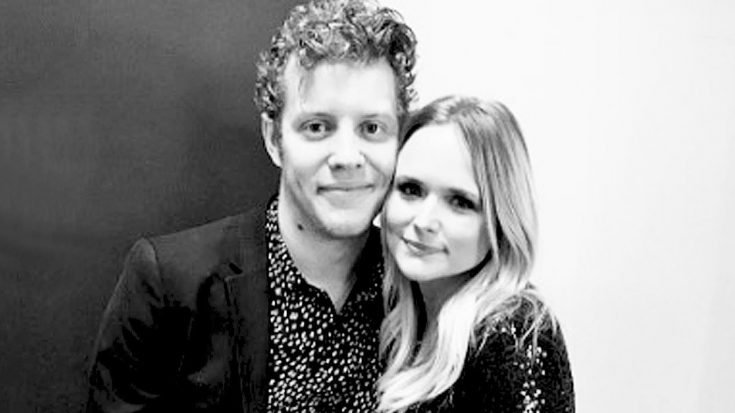 When Miranda Lambert announced her plans to release her album The Weight of These Wings, it was revealed that her boyfriend, Anderson East, played a huge part in it. He co-wrote two tracks on the album and also provided backing vocals on another.

The song that East sang along with Lambert was “Pushin’ Time,” which appears as one of the tracks on the second disc of The Weight of These Wings, titled The Nerve. Lambert co-wrote the song with Foy Vance and Natalie Hemby, and it tells the story of her relationship with East.

Opening the song, Lambert expresses her hesitation to jump into a new relationship. However, she can’t help but notice how much attention East devotes to her, as she sings, “I disappeared to get a drink. You still kept your eyes on me.”

As the song progresses, Lambert gives in to her feelings and accepts that she has found a new love. Before she sings the final chorus, Lambert reveals how she hopes to spend a long time with East, singing, “If it has to end in tears, I hope it’s in sixty years.”

The couple celebrated their second anniversary on Tuesday (September 12). Lambert mentioned this date toward the beginning of “Pushin’ Time,” saying how she remembered it clearly.

So when it came time for Lambert to upload a celebratory photo for their anniversary, it only made sense for her to reference that line in “Pushin’ Time.” The snapshot she shared showed her planting a sweet smooch on East’s cheek, while he looked straight at the camera and smiled.

Seriously, how sweet is that? Tune in below to listen to the song that details the couple’s love story, “Pushin’ Time.”

We hope Lambert and East enjoyed their second anniversary!