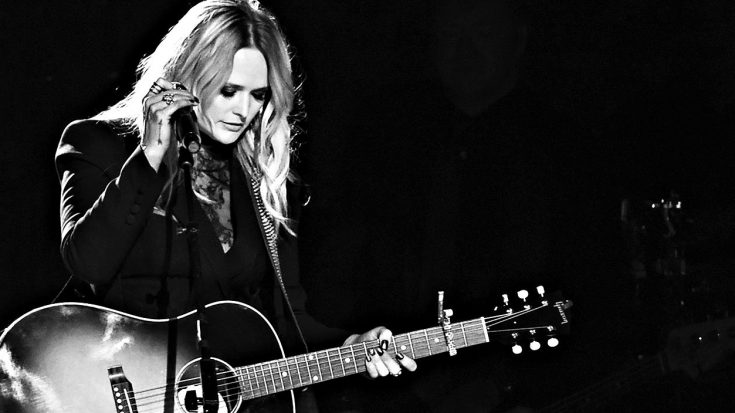 Massive rainfall and flooding is ravaging her home state and leaving thousands of families and people homeless in a storm event that officials have called “epic and catastrophic”.

Hurricane Harvey struck the Gulf Coast of Texas and dumped as much as 30 inches of rainfall on parts of the state since Saturday evening, and the National Weather Service is expecting more rainfall through Thursday – something they say could be very “life-threatening”.

Country music superstar and native Texan, Miranda Lambert, has been out touring across the world and was in Europe when the hurricane first hit her home state. In a heartfelt and pleading call to action on social media, Lambert expressed her deep sense of heartbreak for all her fellow Texans affected by this horrible disaster – and called for prayers to help.

“Last show tonight of our European tour. Headed home tomorrow and praying for my home state. I love you Texas,” Lambert wrote on Facebook.

While Lambert may not be back home right now, her colleagues and friends in the country music industry that are home have been doing a great job raising money to help out folks affected by this devastating hurricane.

As the watch on Hurricane Harvey continues, we are praying for all of those in Texas that are suffering at the hands of this terrible storm.

To provide further assistance to those in need, click here to donate to the Salvation Army who is providing food, shelter, clothing, and other supplies to victims of Hurricane Harvey.