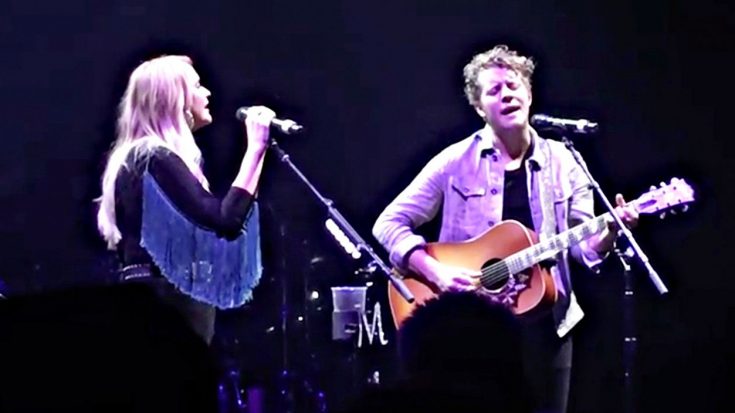 In a surprise moment during her recent concert, country sweetheart Miranda Lambert brought her boyfriend out on stage for a duet performance of a song from her newest album.

Taking to the stage at London’s Apollo Hammersmith venue, Lambert and boyfriend Anderson East each sang parts of her song “Getaway Driver” with harmonies that will truly send chills down your spine!

Coming straight from her latest double album, The Weight of These Wings, Lambert’s “Getaway Driver” was actually co-written by East and speaks about a love that feels a lot like the intensity of being someone’s getaway driver during a crime spree.

Nobody expected East to be joining Lambert on stage, and at the moment he walked out – the crowd roared with applause, excited for the forthcoming performance!

Lambert and East have been dating for more than a year now, and have shared several heartfelt moments on stage before, but this one surely takes the cake!

Watch Miranda Lambert and Anderson East’s stripped-down performance of their beautiful duet in the video below and let us know what you think in the comments!

"She treats my heart like a stolen car, all the while she's got the keys" – #MirandaLambert #AndersonEast #GetawayDriver tonight in #London