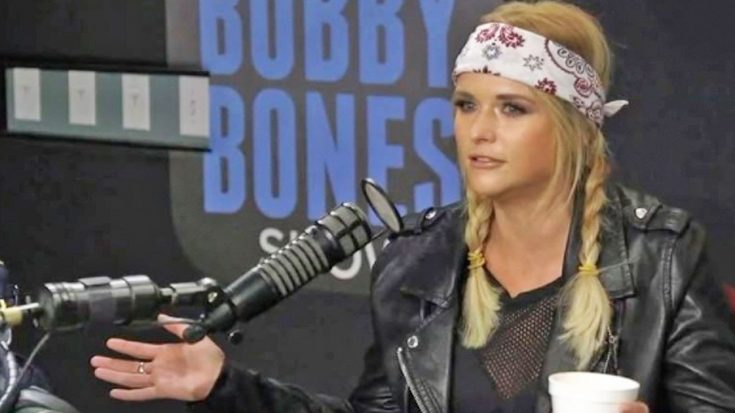 With countless awards and a string of No.1 hits, you would think their wouldn’t be anyone who could intimidate country superstar Miranda Lambert. However, that couldn’t be further from the truth.

In her first public interview with Bobby Bones in over a year, the 33-year-old country singer revealed the one person who still makes her nervous, and that’s the one and only Faith Hill. After Bones asked if there’s any celebrity she has ever “bugged for a picture,” Lambert reveals she still gets intimidated by Hill.

“Well I haven’t bugged [her] for a picture, but every time that I’m around Faith Hill I turn into a complete idiot,” Miranda admitted, “I don’t know why, but it’s Faith Hill. She’s just so pretty and awesome.”

The two country songstresses both played a role in the critically acclaimed video for “Forever Country,” resulting in a run-in between Lambert and Hill following the star-studded video’s win for “Video of the Year” at the 2017 ACM Awards.

“We all won that award, which was weird,” Miranda continued, “And we all go on stage and nobody really knows what to do. We didn’t know if any other artists were going to walk on stage. Anyway, I got stuck in the back with Faith and she like, grabbed my hand and I was like, ‘Hello!’”

Can you really blame her for getting star-struck by the talented country singer? You can watch the full interview in the video below!